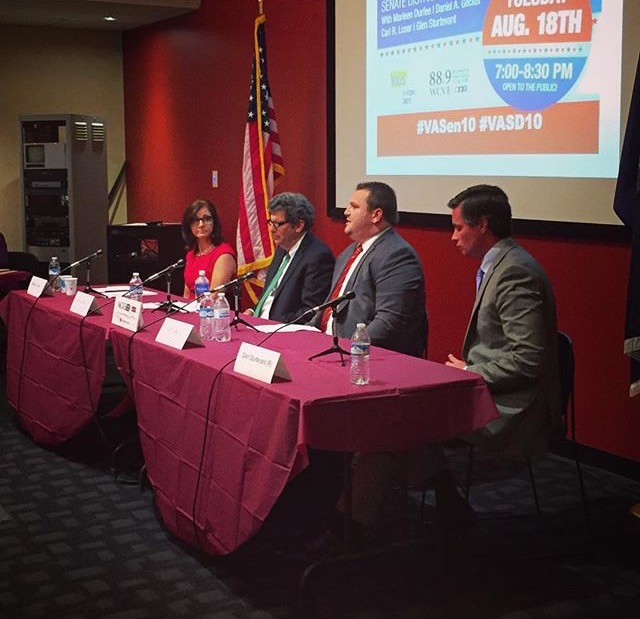 On Tuesday, August 18th, Voices for Virginia’s Children sponsored the 10th Senate District Candidate Forum hosted by WCVE. The event was a great success, with approximately 140 people attending to hear all four candidates speak. This race is one of the most competitive races in the Commonwealth, as Republicans and Democrats vie for control of the state Senate. The district is currently represented by retiring Republican John Watkins.

For the first half of the forum, candidates answered questions centered on public policy issues for children in Virginia – children living in poverty, teens who age out of foster care, mental health services, and early childhood education. In the second half of the forum, WCVE News Director Craig Carper asked the candidates questions about the state budget, education funding, Medicaid expansion, and the issue of partisanship in picking judges and redistricting.

WCVE will air the event this coming Sunday night, August 23, at 6 p.m. on 88.9 FM in Richmond. It is also available here on their website.

Read more about the event in this Richmond Times-Dispatch article by Michael Martz.