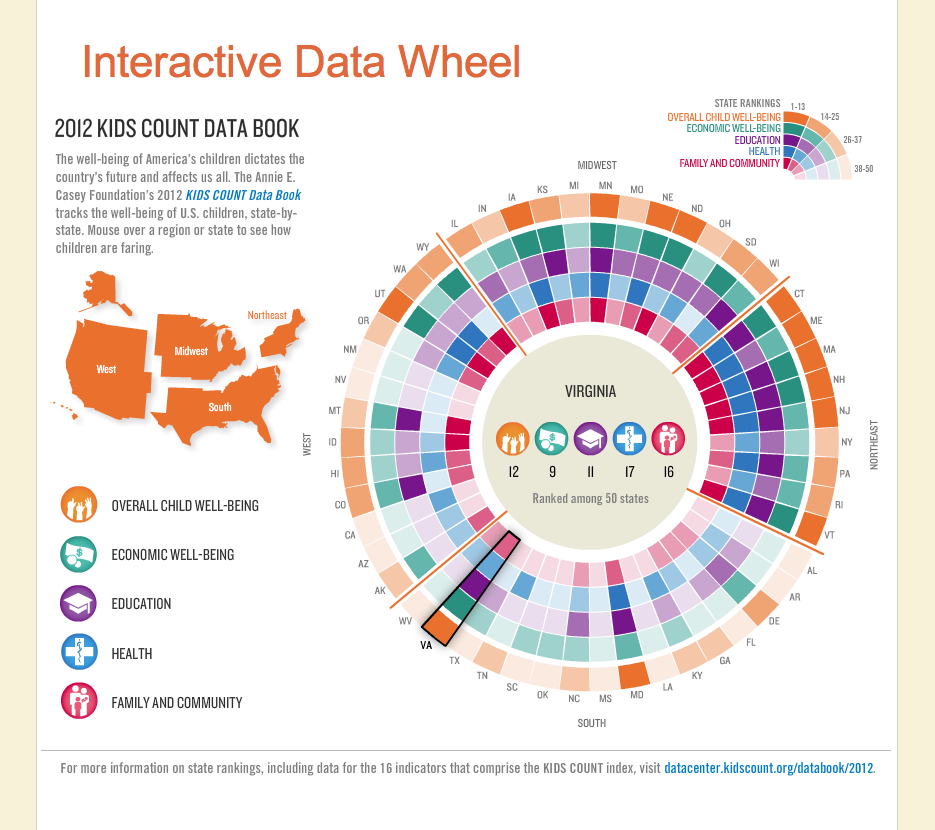 July 25th marks the release of the 2012 National KIDS COUNT Data Book, which this year has expanded to include a total of 16 indicators in its child well-being index (up from 10 indicators in previous years). What the new data reveal – that Virginia is still struggling from the effects of the economic crisis – may not come as a surprise for some, but in this case, no news is not necessarily good news:

* More Virginia children now live in “housing-burdened” families – households that spend more than 30% of income on housing costs. That percentage increased to 37% in 2010 from 33% in 2005.

For the first time, more than a quarter of a million children are growing up in poverty in Virginia.

The index also produces a ranking for overall child-well-being, with Virginia ranking 12th in the nation. But while we might take heart from the relatively positive overal ranking, Voices’ Executive Director John Morgan cautions that “the child poverty and family economic security measures are moving in the wrong direction and could threaten child well-being into the future.”

He aptly reminds us, “Children growing up in poverty and disadvantage are exposed to a far greater number of stresses and conditions that can rob them of their full potential.”

Download or order copies of the 2012 KIDS COUNT Data Book here. For an interactive “data wheel” tool that allows you to easily track child well-being by region or state, click here.

Voices for Virginia’s Children is part of the KIDS COUNT national network funded by the Annie E. Casey Foundation. KIDS COUNT is the best source for comprehensive data on child well-being in Virginia. The KIDS COUNT Data Center is open to all and provides users with a powerful tool to view statewide and locality-level data in the following domains: Economic Well-Being; Education; Health; and Family and Community. For more information, please visit our KIDS COUNT page.