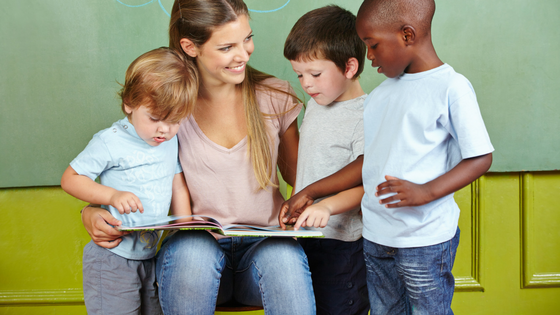 1.Fingerprint Background Checks- HB1568 (Orrock) SB897 (Wexton)– This measure applies fingerprint background checks to all registered and regulated child care providers. A companion measured passed two years ago applying fingerprint checks to licensed providers. The intent of the legislation is to extend fingerprint checks the 975 religious-exempt child care facilities in Virginia that are consider regulated. This bill was amended during the legislative process to include a “sunset provision” that the legislature would need to consider this measure and approve it again to stay in effect. Another amendment added that if federal law or regulation changed related to the implementation of fingerprint checks the state law would no longer be in effect. The Governor has signed HB1568.

2. Minimal Safety Precautions in License-Exempt- SB1239 (Hanger)- This was one of the very last measures considered, on the very last day of Session, after negotiation by a Conference Committee of House and Senate members. The final bill is difficult to interpret based on some inconsistencies and definitions. It is being reviewed at various levels including the Governor’s office and Attorney General’s office.

As introduced this legislation would have applied minimum safety standards to license-exempt child care including the 975 religious-exempt centers, and other certified preschools, parks & rec, “come and go” facilities and child minding services in gyms/YMCAs. This bill passed the Senate 38-2.

The bill was sent to the House and the Health, Welfare and Institutions committee. A subcommittee of 5 members discussed changes to the bill including:

The Conference Report resulting from that negotiation was approved by the House and Senate and went in a different direction. This report took these steps:

WHAT DOES THIS ALL MEAN?

There are many factors to take into consideration. The order in which the bills are signed matters. The interpretation of the language regarding “regulated” will be up to various attorneys. The Governor will have the option to sign, amend, or veto the bill. If amended or vetoed it would be under consideration at the Reconvened Session on April 5th. To amend the bill will likely mean to address the issue of defining who the fingerprint background check applies to (the reason given to support it’s passage) as well as considering the health and safety protocols that were previously in place for religious-exempt.

That we have to come together and affirm that infants, toddlers and preschool-age children need to be safe in care and that they are learning wherever they receive care. I hope the questions raised by this bill will spark some conversations about moving our early childhood system towards a framework for quality that includes health and safety precautions, as well incentives for quality improvement. And that that framework can apply at any type of early learning facility.