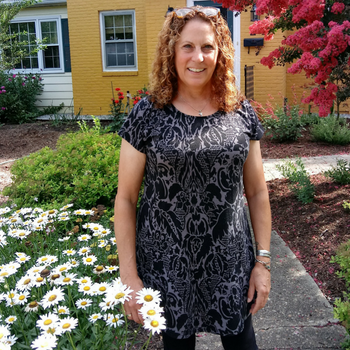 The bullet that ended a daughter’s life couldn’t silence a mother’s voice.

Emily Hilscher was a first-year student at Virginia Tech in 2007 when she became a victim of the deadliest mass shooting on a college campus in U.S. history. A member of the university’s equine team, she was majoring in animal and poultry sciences and had plans to become a veterinarian.

The perpetrator of the massacre, Seung-Hui Cho, was a Virginia Tech senior with a history of mental illness. He killed 32 people and wounded 17 before taking his own life.

In the aftermath of the massacre, victims’ families struggled to process their grief and find a way forward. Many became gun control advocates; others, campus safety advocates.

“What happened at Virginia Tech was a result of mental health issues that went untreated.”

“My daughter Erica and I realized what happened at Virginia Tech was a result of mental health issues that went untreated,” Beth said. “Most people who are mentally ill never resort to violence—in fact, many are victims of violence. But sometimes, when a mentally ill individual doesn’t get treatment, bad things can happen.”

Such was the case with Cho.

Cho received professional support for his severe anxiety disorder during middle school and high school, but those supports stopped when he graduated from high school. He started to spiral downwards. Strict federal privacy laws prevented Virginia Tech administrators from learning about his previous diagnosis and treatment and later prevented his sister and other family members from learning about his worsening mental health.

“This guy was screaming well before he shot anybody,” Beth said. “He was going to keep moving forward until someone paid attention to him.”

Beth and Erica decided systemic changes were needed to ensure timely, sustained mental health treatment to avert tragedies like the one at Virginia Tech. Beth was working on getting funding for a pilot transition program to continue treatment beyond high school for individuals affected by mental illness when she connected to Voices for Virginia’s Children. She began collaborating with Voices as a way to amplify her own voice.

“Erica and I started out totally on our own,” Beth said about her advocacy. “We’d walk into legislators’ offices and start talking. Then for a time we had help from others who were affected by or responding to the Virginia Tech shootings. But as time passed and the Virginia Tech memory started to fade, our voices were diluted. My voice carries more weight when I walk through the door with someone from Voices.”

“My voice carries more weight when I walk through the door with someone from Voices.”

For the past four or five years, Beth has joined Voices in talking to legislators on Children’s Mental Health Advocacy Day. She’s waited in line with Voices staff for hours for the chance to advocate for more children’s mental health resources at the annual legislative budget hearings. After being nominated by Voices, she now serves on the State Board of Behavioral Health and Developmental Services.

“If I need an answer to a question, I know I can get it from Voices and that it’s going to be accurate,” Beth said. “They do their homework. Many legislators call Voices to get answers.”

Beth, who has managed her own depression and anxiety for much of her life, knows the facts: One in five children experience symptoms of mental health disorders, and 50 percent of all lifetime cases of mental illness begin by age 14.

“We have to focus on the front end of mental health issues, so we don’t have severe outcomes on the other end.”

“We have to focus on the front end of mental health issues, so we don’t have severe outcomes on the other end,” Beth said. “There’s a perception that kids can roll with things and be okay; but if we don’t treat a child early on, we’ll likely spend a lot more money on treatment later.”

“Everyone at Voices is in 110 percent, and it’s all about kids,” Beth said. “They work in a manner that is never condescending and always full of positive energy. They are out there every day trying to improve things for kids.”

And so is she.