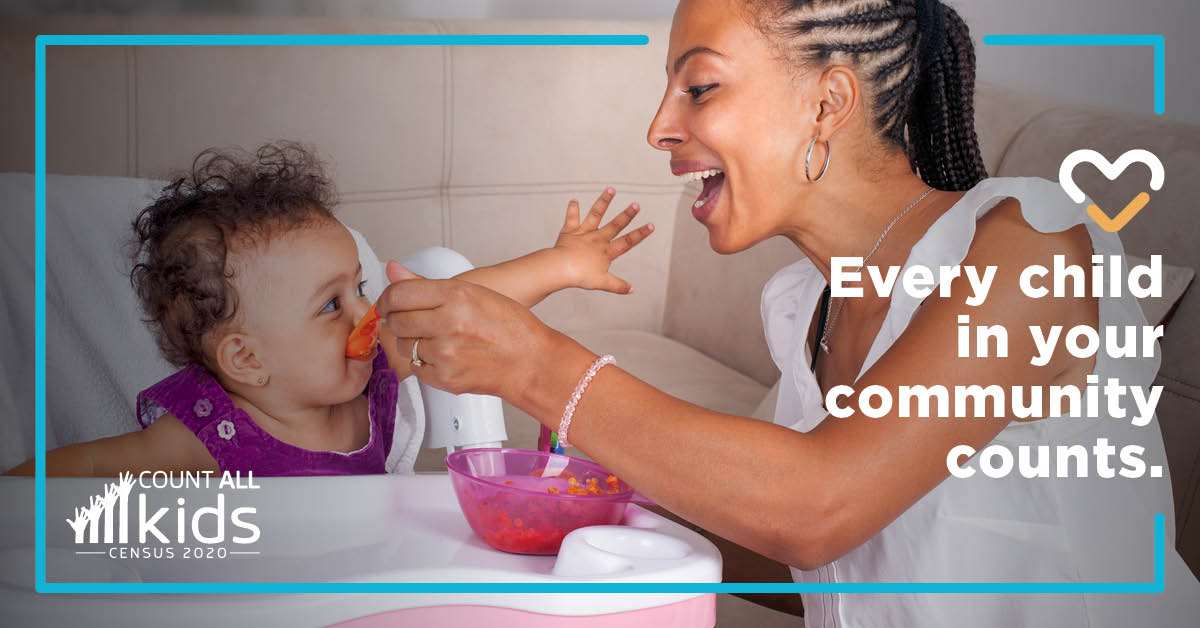 This blog was originally published by COUNT ALL KIDS, which can be found on its website here.

This week is Black Census Week, a project of the National Coalition on Black Civic Participation (NCBCP), National Urban League, and the Unity Diaspora Coalition 2020 Decennial Census Campaign. We have messages and resources to help you improve the count of young African American children; they are at particularly high risk of being missed.

MESSAGES
African American children had a net undercount of 6.3 percent in the 2010 Decennial Census. We already blogged about the data PRB released for 29 racial and ethnic subgroups on eight characteristics correlated with the risk of young children being undercounted. African American children had a higher percentage than all young children in six of these characteristics, which helps explain why they are so often left off the census form. The six characteristics include living in a family with incomes below the FPL, living with one parent, in care of a grandparent, moved in the past year, living in an apartment or rental housing, and living in multi-unit housing. This should help you fine-tune your messages and reach key partners such as grandfamily organizations or services for low income families.

Our Count All Kids research also offers insights. It showed that African American renters were most likely not to count young children on the form. Communications to the African American community should emphasize that the census impact on funding lasts for 10 years, that the funds are allocated by formula, and how the community would benefit. For this community, emphasizing the previous points are more important than stating that 10 years of lost funds is most of a child’s childhood. Also, African American families were more persuaded by language looking at future impact than language saying how many children we missed in 2010. Our research also found that, for African American communities, it is important to highlight the dollar amount allocated to communities because of census data. African Americans in our Houston focus group were less willing to count people who are not their family members or do not live in their household, so some of your messaging can emphasize counting children who are temporary residents or doubled up housing arrangements.

The Undercount of Young Black Children in the U.S. Census

With this blog, we are releasing a paper by Dr. Bill O’Hare on The Undercount of Young Black Children in the U.S. Census, a population undercounted at a rate 50 percent higher than all young children. The number of young African American children living in census tracts with a very high risk of a young child net undercount is higher than any other racial group – more than five times that of young non-Hispanic White young children.  The paper also discusses some of the reasons for this high undercount, including that

This paper will help advocates better understand how to educate families about the importance of counting all African American children in the 2020 census.

Unity 20 Black Voting and Power Building Campaign is a project of the National Coalition on Black Civic Participation. This week is Black Census Week. Even though Monday was Count Black Kids Day, the social graphics, sample social media posts, and partner influencer video are great resources that you can use at any time. Please email Jasmine Jones at jjones@foramericaschildren if you would like to have the recording of Monday’s webinar on counting Black children in the 2020 Census.

2020 OUR COUNT Census, a project of Color of Change, has a graphic specific to counting young children as well as a toolkit that highlights the importance of including all children on the 2020 census form.

In addition to the social assets by Unity 20 and OURCOUNT, we encourage you to highlight the undercount of young children using the specific social posts below from the Count All Kids Messaging and Outreach Kit.