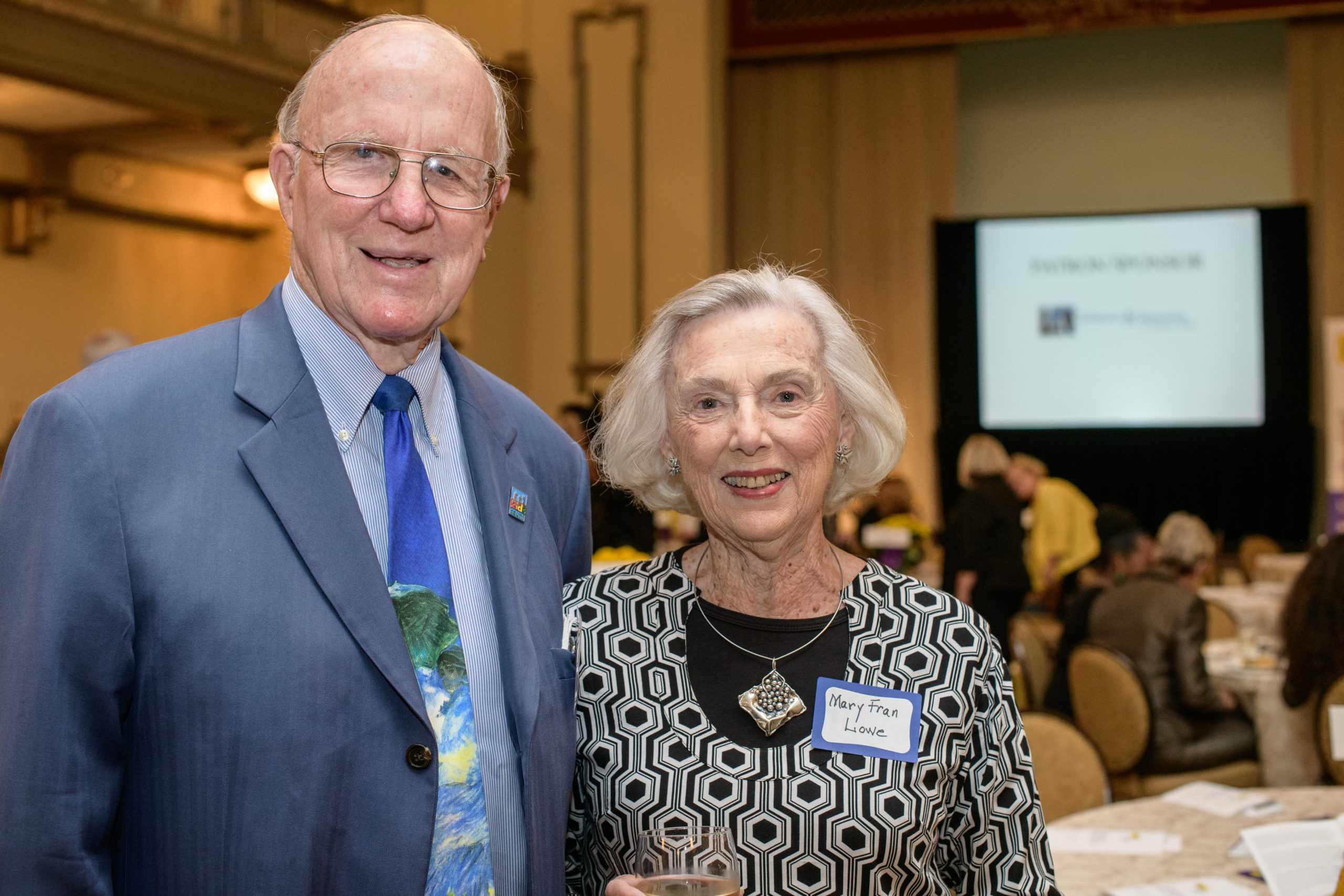 Organizations evolve over time with many pivots, but one thing that has remained constant through the life of Voices for Virginia’s Children is the support of Reverend Canon J. Fletcher Lowe. Whether serving as a community partner, board member or donor, Lowe has been a rock since the early years for Voices.

A South Carolina native, Lowe started in the Navy for two years before going to the seminary. He became an Episcopalian priest in New York and served in churches all around the eastern United States, as well as across Europe. After years of travel, Lowe and his wife Mary Fran chose to settle in Virginia.

During a recent interview, Lowe shared that his affiliation with Voices dates back to his days on West Grace Street when he served as the director of the Virginia Interfaith Center for Public Policy Criminal Justice Reform. During that young growth period, for what was then called the Action Alliance for Virginia’s Children, he was highly involved in assisting with the alliance and advocacy components. When he left the Interfaith Center in 2004, he was brought onto Voices’ board, where he served for nine years.

Lowe’s modesty cannot hide his own significant role in the financial development and successes of Voices. Backtracking to the time of his record-breaking lacrosse career at Washington and Lee University, where he majored in economics, Lowe has brought his economic discipline into every career role; he specifically ensured that Voices’ budgeting was working efficiently and received sufficient representation at board meetings. Lowe was always the man to question, “OK what are the yellow and red flags we need to be aware of?” The finance committee always had Lowe to be the seal of assurance.

Lowe understands that Voices has the platform to be a major influence for Virginia’s youth, not only with the General Assembly, but also with other organizations who carry out the hands-on work to gain support, funding or services. “The credibility that Voices has developed is remarkable, and to see how they perform the high-quality work that they do, is gratifying,” he said. His pride and trust in Voices’ work is overflowing and backed by the impact he knows Voices is making in communities. When questioned as to what else Lowe wants to see from Voices, the answer was simple − “more of the same.”