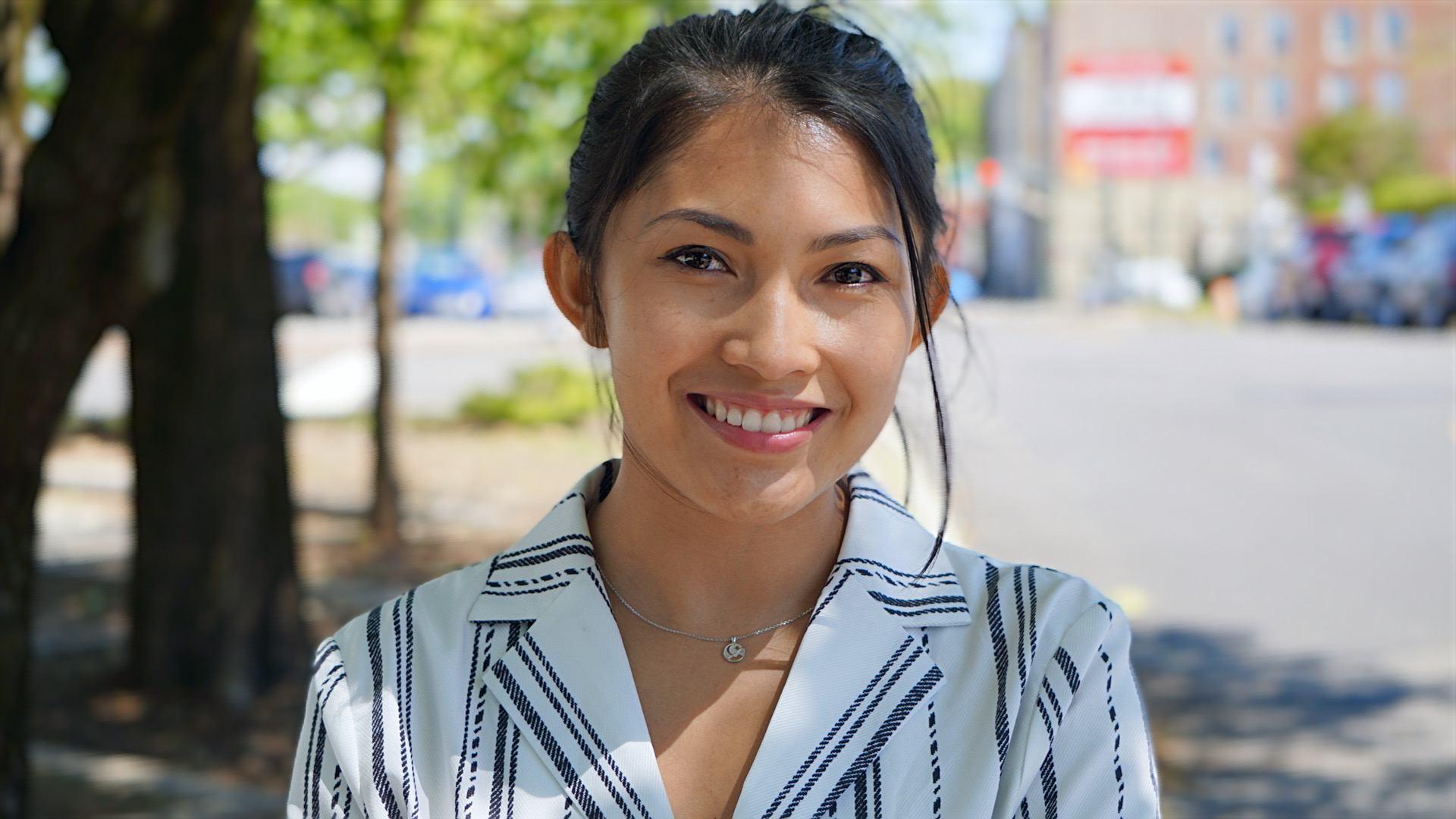 Sutisha Simluang (pictured above) is a first-generation college graduate, community leader, and Thai immigrant. While a native of Thailand, Sutisha was raised in Arlington, Va. after entering the United States to live with her father at the age of 12. In this blog post, she shares with Voices her own experiences growing up as an immigrant child in Virginia and as an Asian American, as well as those of her family.

In 2005, Sutisha Simluang’s father came to work in America on a work visa with the hopes of doing agriculture work. But instead, he became a victim of human trafficking. The employers he came to work for took all of his documentation and forced him along with others to work on their farm with no pay. Fortunately, he was able to escape and get connected to refugee and human trafficking resources that assisted him with getting back on his feet.

The programs offered to Sutisha’s father included translation services that not only helped him access services, but also Sutisha and her sibling get connected to community resources. During that time, Sutisha speedily learned English and became a translator for her family and others in her community. According to the Migration Policy Institute, 27% of children under nine in Virginia are Dual Language Leaners (DLLs), which are young children who have at least one parent who speaks a language other than English at home. Language barriers can deeply affect the social experience and mental health of immigrant children and their families. Sutisha recognized an urgent need to address these barriers and felt that by doing so she could shield her family from the unpleasant truths of living in America as an immigrant and person of color.

In 2019, 1 in 4 (24%) of children in Virginia were immigrants, meaning the share of children under age 18 who are foreign-born or reside with at least one foreign-born parent. Stop AAPI Hate produced a Mental Health Report in May of this year to report on the findings from three research projects that investigated the effects of anti-Asian racism on mental health among Asian Americans. The report found that one in five Asian Americans who have experienced racism display racial trauma, the psychological and emotional harm caused by racism and those who had experienced racism during the COVID-19 pandemic were more stressed by anti-Asian hate than the pandemic itself.

Today, Sutisha often fears for the safety of her family due to police violence and negative interactions involving racial profiling. When Asian hate crimes were exacerbated due to COVID-19, she felt she had no choice but to reveal new truths to her family. She realized that shielding them from an understanding of America’s racial landscape and systemic issues would not help her, her family, or other immigrants and children of color facing similar experiences. Because of these experiences, Sutisha pursued a career in civic engagement and change. Sutisha now works as a coordinator at the Virginia Civic Engagement Table (VCET), which connects non-profit organizations working to advance equality and justice and those that strive to engage underrepresented communities in the democratic process.

Our Racial Truth & Reconciliation initiative serves to empower the voices of marginalized communities, such as immigrant families and Asian American youth — voices like Sutisha’s. Supporting resolutions like Declaring Racism as a Public Health Crisis and continuing to use both an equity and trauma lens in our advocacy and policy work is vital to addressing systemic oppressions and inequality which affect children of color as they’re growing up.

A great first step is to support the recruitment, hiring, and retention of clinicians of color who are vital to the mental health success of children of color, especially those who have experienced racial and generational trauma in their lives.

Several of the barriers that Sutisha and her family identified during our discussion highlights the need for advocacy and policy changes. In particular, we have identified areas in our own policy priorities at Voices where we can be stronger advocates to improve language access and reduce barriers, addressing the importance of decriminalizing racial bias, increasing culturally relevant and community-based resources and services, and bridging the gap to create culturally competent and diverse workforces.

As champions for children, it’s our job to listen, engage, and uplift voices of our communities. You’ll continue to see more stories like Sutisha’s where we explore the lived experiences of Virginia’s children and move to take action to build healthier children, youth, and families.

Learn more about advocacy and activism opportunities within the Racial Truth & Reconciliation Campaign.

To connect with us and our work, please join our Voices Community for Kids.

For more on this topic, check out: