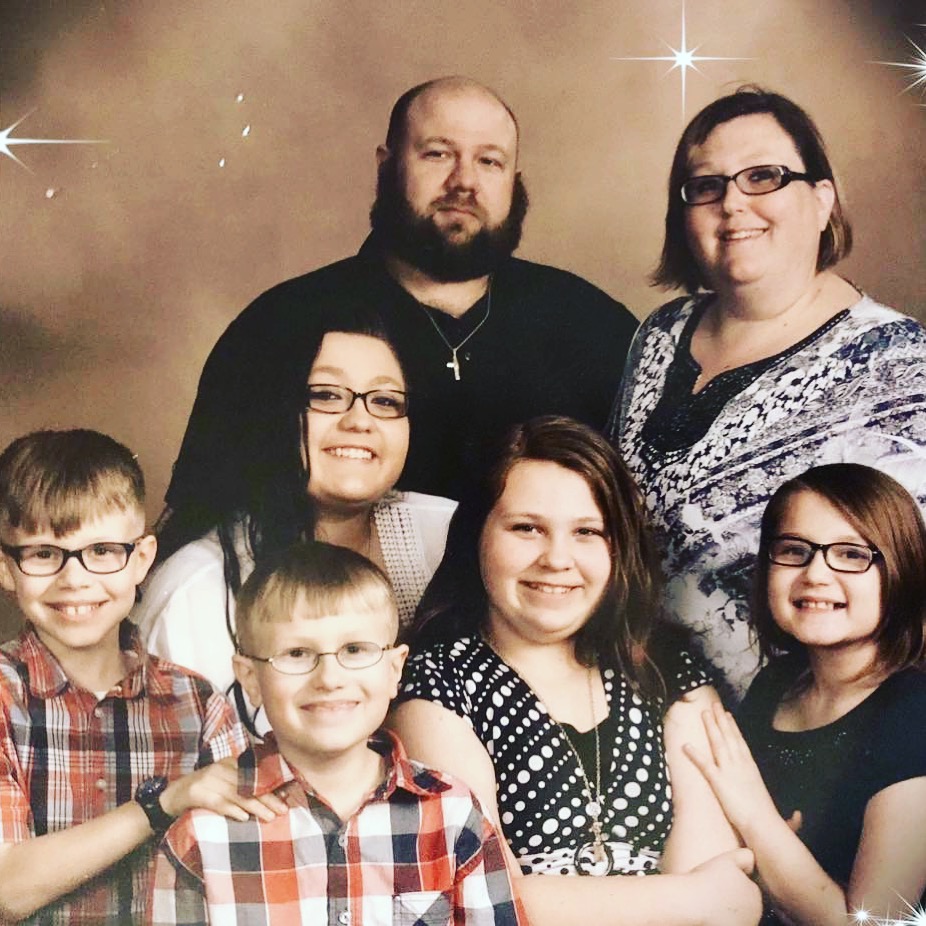 It was a bitterly cold MLK Day, January 21, 2019, when hundreds of people bundled up, braving the elements to have just a few minutes with their legislator to make sure their voices were heard during Foster Care Advocacy Day. One family who joined us to advocate for kids was the Davis family of New Kent County. Their goal is to call legislators’ attention to the needs of families who are raising their relatives’ children.

In July of 2016, Jamie and Crystal Davis got a call from Henrico investigators that they needed to come to police headquarters immediately. Their ten- and eleven-year-old niece and nephew had been abandoned by their mother. The couple says the mom struggles with a substance use disorder and has been in and out of treatment. The kids had been left for three days with a person who the Davises said can’t be trusted. Their mother was nowhere to be found. The Davises were told by police they had to either take custody of the children, or they would be put into the foster care system. The couple, who already had three children of their own, knew what they had to do and made a split-second decision that would change their family forever.

As we stood in line waiting to get into the General Assembly building, Crystal told us, “They are wonderful kids for what they’ve been through, in a home with drugs, hopping from motel to motel and not going to school for two years. They had never seen a dentist. All they had when we got them were the clothes on their backs that they had been wearing for three days. We’re just trying to help them the best way we can.”

Immediately, the Davis family grew from five to seven and they struggled to make their income meet the needs of a larger family. Because the children did not enter Virginia’s foster care system, and instead were taken in by their relatives (known as kinship care), the family was not eligible to receive any financial support from the commonwealth, and to this day, they still aren’t.

The Davis family is not alone. Many kinship families are pleading for changes to be made to Virginia’s foster care system. They are asking for financial assistance to raise a relative’s children — much like a foster parent receives each month. “We kept them from going through another trauma by keeping them out of foster care, and now no one will help us,” said Jamie. “We just hope to keep moving forward.”

During our time at the GA, we had the opportunity to meet with representatives on both sides of the aisle including:

During those meetings, we were able to highlight important policies being considered this session, including: reducing barriers and paving the way for youth in foster care to obtain driver’s licenses, bringing structure and additional supports to the kinship diversion program, and freezing credit for children who are in foster care for more than 90 days in order to prevent fraudulent activity.

In addition, in 2018, Congress passed what is now the greatest reform to child welfare in 40 years with the Family First Prevention Services Act. The bill aims to prevent children from entering foster care by allowing federal reimbursement for mental health services, substance use treatment, and in-home parenting skill training before children are removed from their home. It also seeks to improve the well-being of children already in foster care by providing incentives to states to reduce placement of children in congregate care. We strongly support the full implementation of this act as it presents Virginia with the opportunity to transform its child welfare system and make life better for the Davis family and hundreds of others.