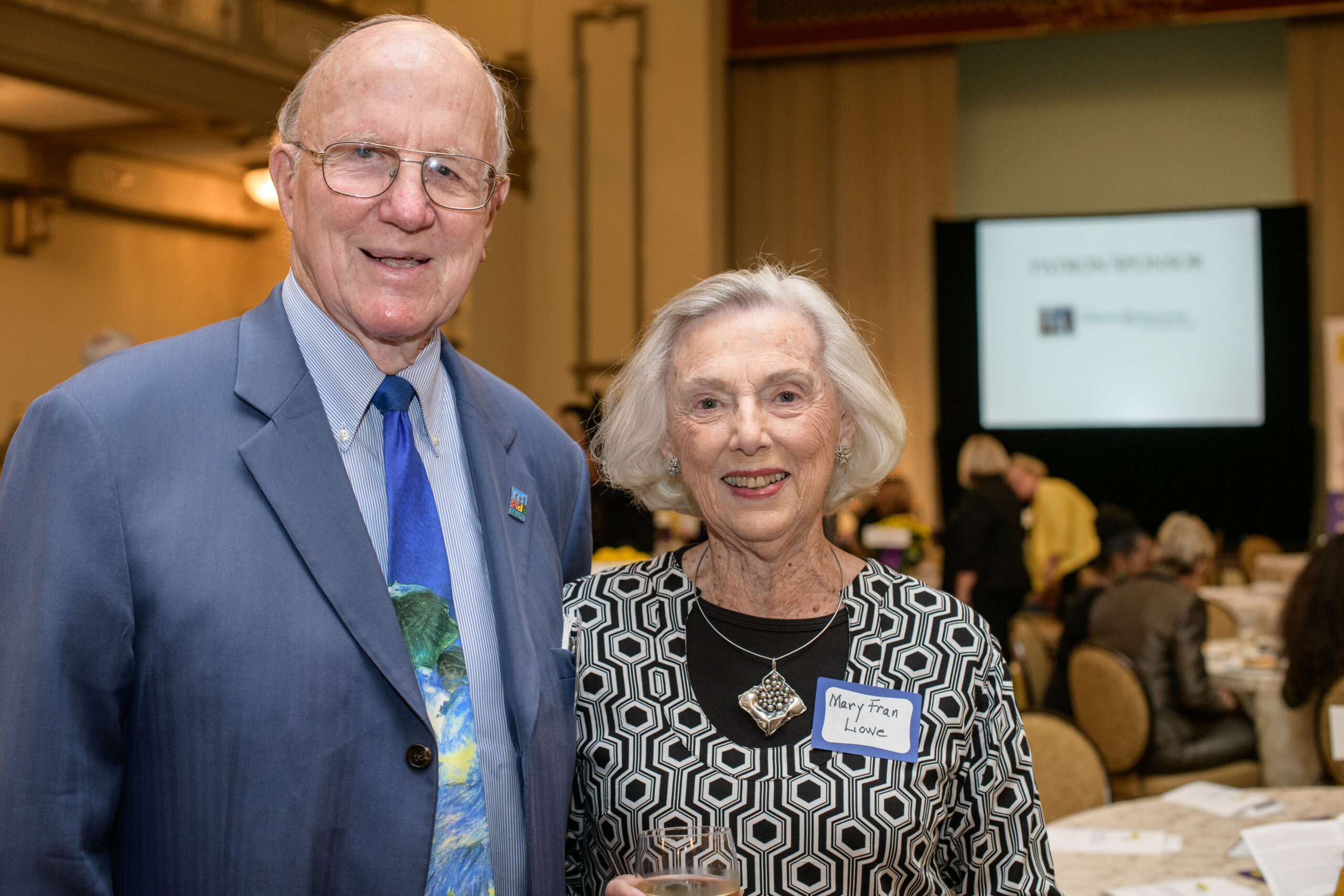 [Pictured above: Fletcher and Mary Fran Lowe at the first Carol Fox event in 2017]

The tribute below was written by Voices’ Chief Policy Officer, Emily Griffey. She knew Fletcher well and had the opportunity to work with him for many years.

It is with deep sadness that we share the news of the passing of Fletcher Lowe, a Voices’ board member from 2013-2019. Fletcher was an advocate for social justice in all the ways that matter—he lived the principles, he led the principles and he passed them on to others. Fletcher’s influence on advocacy included being one of the founders of the Interfaith Center for Public Policy, a former executive director of that organization and involved sharing his time and talents with many other organizations.

To Voices, he was a friendly face at the General Assembly, a connector to financial support and the originator of the question at each board meeting, “are there any red flags we should pay attention to?” To kids in Virginia, he was a champion dedicated to justice through policy change day in and day out. The RTD political columnist Jeff Schapiro memorialized Fletcher in a tribute column last Friday: “Those are the kind of nudges he could give people” and the current director of the VA Interfaith Center for Public Policy shared her thoughts on his impact, including the conversation they had the day before he passed away. In his obituary, Fletcher asked that in lieu of flowers, “you help someone in need, smile and thank God for your life and contribute to a meaningful organization,” (he included Voices on the list of 4 organizations).

In his initial board worksheet in 2013, Fletcher said that he wanted to get involved with Voices because, in his words, “Voices is THE advocacy organization in Virginia that deals with children.  If you are concerned about any number of issues affecting children, you need to care about Voices.  Voices coalesces other groups.  It takes the lead on things that I think are critical.”

Many will remember Fletcher for his keen questions in board meetings and his love of plaid pants, but to Voices staff, he was a crystal clear moral compass. Voices’ Policy and Programs Director Allison Gilbreath remarked, “he will have an express ticket to heaven.” I recall a wonderful happenstance of my son Andy being assigned to write notes to Westminster Canterbury residents at the start of the pandemic where he was randomly assigned Fletcher and Mary Fran, so I could continue to stay connected in an unexpected way to keep in him the loop after his board term ended. That was Fletcher. What you got from him was unexpected and crystal clear. In his passing, we can all look to him for his model of using his privilege, his voice and his beliefs to always advocate for what needs to be done.