Keith Hare, Working across the Aisle 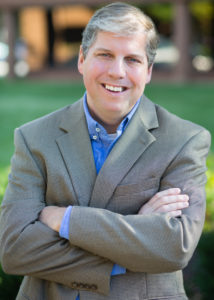 The 24-hour news cycle bombards us with stories of political gridlock caused by warring Democrats and Republicans. Less likely to make headlines are examples of good governance, which happens when legislators of both parties work together, says Voices for Virginia’s Children board chairman Keith Hare. Voices’ commitment to nonpartisanship contributes to the effectiveness of its advocacy efforts, he says.

“I told [Rep. Clement] I wanted to get experience working with a U.S. senator too,” Keith says. “‘Well, you should go work with Sen. Bill Frist,’ he told me. ‘But he’s a Republican,’ I said. ‘That doesn’t matter,’ he said. Then he called Sen. Frist’s office and got me an internship.”

Since then, Keith has witnessed countless examples of legislators working across party lines to get things done. “When it gets down to governing, party affiliation doesn’t matter,” Keith says.

“Most issues Voices supports are not party-line issues. Voices can work with both parties because it is pragmatic, not adversarial.”

“Voices can work with both parties because it is pragmatic, not adversarial.”

Keith is particularly interested in Voices’ child health and mental health advocacy. He understands health care advocacy, given his current role as president and CEO of the Virginia Health Care Association and the Virginia Center for Assisted Living and his previous work experience.

As a young man, Keith moved from Tennessee to Virginia to work in public affairs for the Virginia Hospital and Healthcare Association. Eventually he became deputy secretary of health and human resources under Secretary William Hazel and Gov. Robert McDonnell.

“I had exposure to so many issues, including many that Voices works on,” Keith says. “I became acutely aware that individuals with any type of mental illness had a very difficult time accessing health care, regardless of their income.”

A proponent of early mental health intervention, he appreciated Voices’ efforts to improve children’s access to mental health resources as well as its advocacy on other issues.

“Voices helps people understand how complex issues like the quality of child care or health care affect kids,” Keith says. “Voices says, ‘Here’s what the issue looks like in terms of the impact on our kids, now here are the solutions.’” He has high praise for Voices’ efforts to educate advocates so they are comfortable sharing their ideas and recommendations with policymakers.

“Voices has longevity because it has had the respect of legislators, the governor, and the administration, even as Virginia’s leaders have changed over time. Voices provides reliable information that builds trust on a wide range of issues not tied to a specific party.”

“Voices provides reliable information that builds trust on a wide range of issues not tied to a specific party.”

Keith’s interactions with Voices eventually led him to serve on Voices’ board, starting in 2014. His mother, a longtime classroom teacher, passed away the same year Voices executive director Margaret Nimmo Holland asked him to join the board.

“Mom thought her job was to tell her students every day that she loved them and they could be anything,” Keith says. “So when Margaret asked me to serve on the board, a light went on in my head:  This is how I can honor my mom!”

And now Keith, a husband and father of three, is a champion for all Virginia’s children.