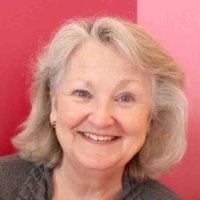 Laurie Flynn had been the executive director of the National Alliance on Mental Illness (NAMI) for less than a month when her 17-year-old daughter attempted suicide in 1984. Her daughter spent 30 days in a Washington, D.C., hospital.

“When a loved one has been in the mental hospital, nobody brings you a casserole,” Laurie said by way of explaining people’s reaction to mental illness versus physical illness. “There was so much shame and stigma at the time.”

“When a loved one has been in the mental hospital, nobody brings you a casserole.”

Her daughter’s mental illness personalized for Laurie the inequities and deficiencies in the mental health system and inspired her impassioned work to reform the system. Although her daughter now leads a successful life, she first had to overcome many systemic roadblocks.

“It makes one quite angry to see discrimination against vulnerable people who have a mental illness they didn’t ask for and can’t help,” Laurie said. “Families either had to go bankrupt taking care of their loved ones or put them out on their own.”

“It makes one quite angry to see discrimination against vulnerable people who have a mental illness they didn’t ask for and can’t help.”

She played a critical role in crafting and championing the Mental Health Parity Act and was on hand to witness President Bill Clinton sign it into law in 1996. Likewise, she advocated for the Paul Wellstone and Pete Domenici Mental Health Parity and Addiction Equity Act and stood by as George W. Bush signed the legislation in 2008. This legislation requires health insurers to apply the same financial requirements to mental health and substance abuse treatments as they do to medical and surgical treatments.

Laurie, who joined the Voices board in 2016, said her board service correlates with her understanding of the power of advocacy to bring about positive change for many people. She celebrated Voices’ advocacy win when the 2017 General Assembly wrote into law a comprehensive plan for improving Virginia’s behavioral health system, including allocating new funding to implement same-day access to mental health screening services at community services boards.

“Voices builds trusted relationships with policymakers,” Laurie said. “This is the only way to get things done. Data is important, it needs to be clear and correct. But at the end of the day, people connect to people.

“Voices builds trusted relationships with policymakers. This is the only way to get things done.”

“All of my advocacy has grown out of my family experience,” Laurie said about raising five birth children and seven adopted children as a multi-racial, multi-cultural family. She quickly learned about the challenges in the foster care system when she became an adoptive parent.

Understandably, Voices’ foster care work resonates with Laurie. She cheered Voices’ advocacy win when the 2017 General Assembly passed legislation that auto-enrolls youth aging out of foster care into Medicaid, ensuring they will retain their health care coverage through age 26.

“It’s getting better,” Laurie said. “We have a long way to go, but we’re making progress.”

Now retired, Laurie stays busy with her Voices board service, 21 grandchildren, and volunteering as a first-grade reading tutor. Reflecting on a lifetime of service to her family and community, she said, “We are the only hands God has in this world, so you do what you can.”