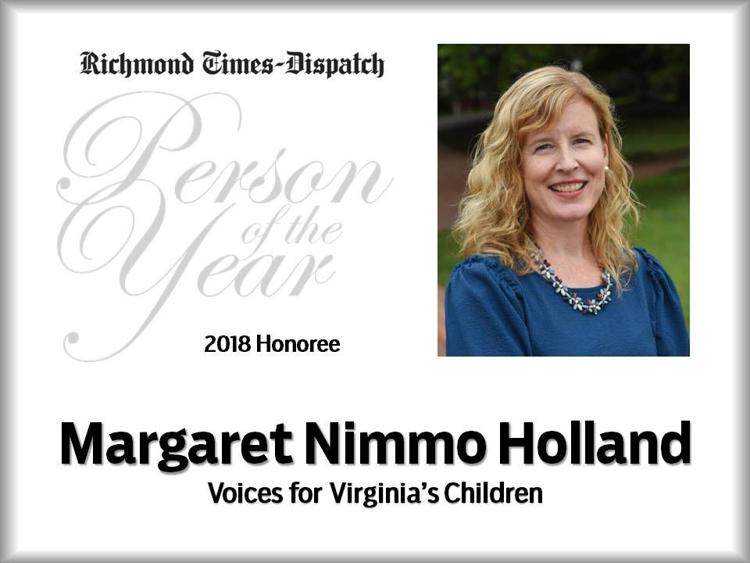 Voices is thrilled to announce our Executive Director, Margaret Nimmo Holland, has been named a 2018 Richmond Times Dispatch Person of the Year honoree! She is being recognized for shaping RVA and for her achievements helping children. Margaret will be featured in the December edition of the RTD’s Discover Richmond magazine. In 2016, Margaret was honored with an Outstanding Woman Award in Law and Government by the YWCA. She was also named to Style Weekly’s “Top 40 Under 40” in 2011. As a result of her advocacy efforts on behalf of children, Margaret was awarded the Joseph V. Gartlan Award, given by the Virginia Association of Community Services Boards. For more info about Margaret and Voices – https://vakids.org/about-us/staff.

ICYMI: Here is Margaret accepting her award at the event!