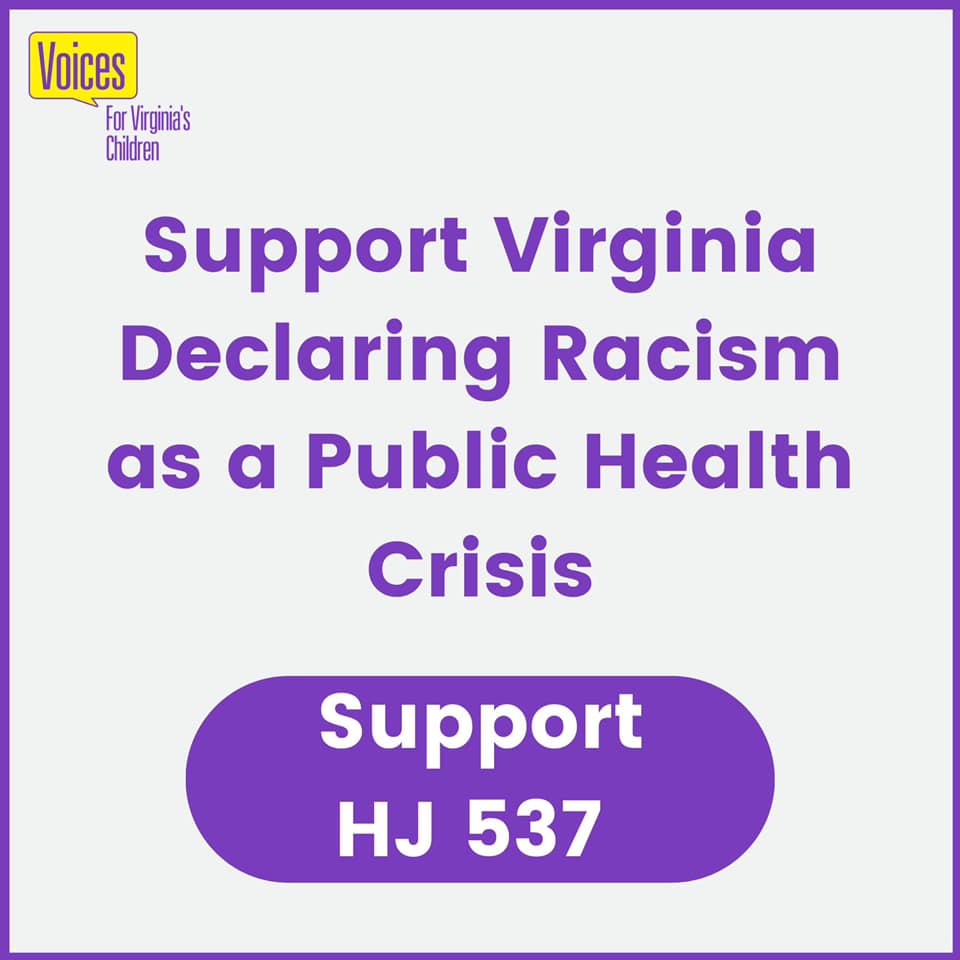 Update: Passed by the House and now headed to the Senate next.

Delegate Lashrecse Aird has introduced House Joint Resolution No. 537, a resolution to declare racism as a public health crisis in Virginia. The American Public Health Association defines racism as a social system with multiple complex dimensions, including internalized or interpersonal individual racism and institutional or structural systemic racism, which unfairly disadvantages some individuals and communities, and unfairly advantages other individuals and communities. Ultimately, it decreases the strength of the entire society through the waste of human resources, because it does not address the root cause of the disparities that exist but rather maintains them. In Virginia, racial health inequities were estimated to cost $917 million over a three-year period in 2012. . Virginia is poised to reconcile history and the impact of it by declaring racism as a public health crisis.

Currently, over 150 local governments across the country have made declarations to address racism. However, only five states have declared racism a public health crisis and none are located in the South. In contrast to Virginia’s role as the state that housed the capital of the Confederacy, the commonwealth now has the opportunity to lead the country into a new era in which everyone is valued equally and has equitable opportunity to live a long, healthy life. Virginia must declare racism as a public health crisis. Help us mobilize change. You can first send an email to your Senator.

Sign-on as an organization in support: