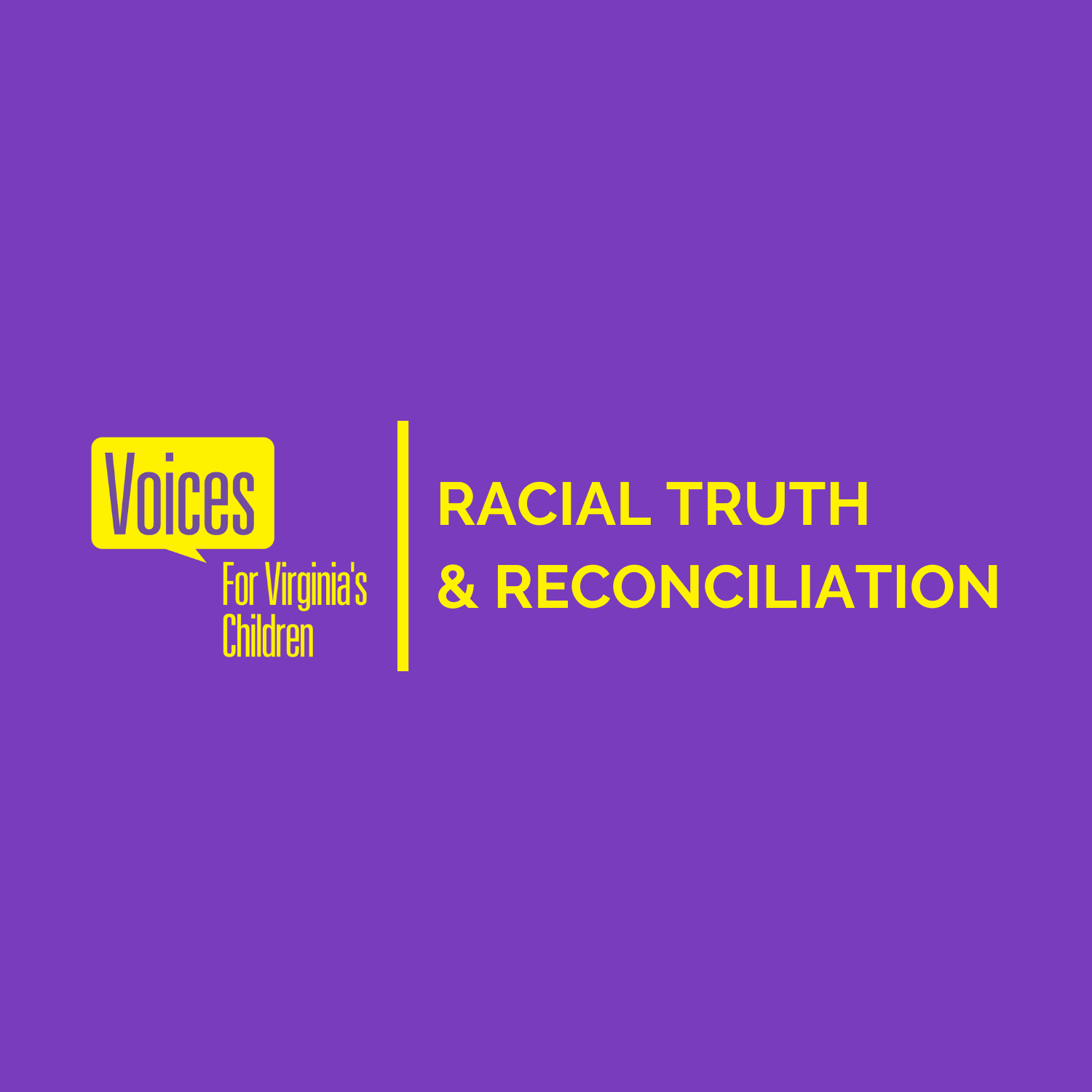 *A special thank you Greater Richmond SCAN for putting this together!*

Reconciliation processes have only recently begun within the United States in specific communities. Reconciliation processes include public acknowledgement of racist events and crimes (such as apartheid or violence against groups of color). They may also examine and make public the current impact of such events, as well as their historical occurrence. They may include processes that allow individual victims to tell their stories for the record and as one part of a healing process. They may also include processes for individual perpetrators to acknowledge their complicity. Formal and serious apologies are often part of this work – with the victims having the power to accept or reject that apology. View more information here.

What is Racial Truth?

Racial Healing And Relationship Building focuses on ways in which we can all heal from wounds of the past, to build mutually respectful relationships across racial and ethnic lines that honor and value each person’s humanity, and to build trusting intergenerational diverse community relationships that better reflect our community and humanity. View more information here.

Knowing our history is a critical component for understanding racial inequities and structural racism. The history of the United States is usually taught in school from the perspective of the dominant culture (that is, from a colonizer’s perspective). The typical story about race in the U.S. lays out some of the struggles, but without fully explaining the causes – particularly the racist policies and actions of the U.S. government. Racial Equity Tools provides an overview and timeline of the history of colonialism and racism in the U.S. as well as of resistance and movements.

Racial Equity Tools is a website designed to support individuals and groups working to achieve racial equity. This site offers tools, research, tips, curricula, and ideas for people who want to increase their own understanding and to help those working toward justice at every level – in systems, organizations, communities, and the culture at large.

The Stages of Racial Equity are discussed in depth and illustrated in an accompanying diagram on Dismantling Racism.

Virginia Center for Inclusive Communities is increasingly called upon to help schools, businesses, and communities across Virginia achieve success through inclusion. Take a look at their expanded programming and how the organization is widely recognized locally, regionally, and nationally.

Coming to the Table provides leadership, resources, and a supportive environment for all who wish to acknowledge and heal wounds from racism that is rooted in the United States’ history of slavery. Their approach is grounded in theories and practices of Strategies for Trauma Awareness & Resilience (STAR), with a particular focus on Transforming Historical Harms and their trans-generational transmission; working toward racial justice and equity through a Restorative lens; and utilizing Circle Process and Touchstones to create space in which participants feel safe enough and motivated to do the work.

The Implicit Association Test from Project Implicit helps us to recognize our own implicit biases in order to begin building a more just and equitable world.

We Can’t Work Toward Racial Justice and Equity Without Working on Relationships from CompassPoint is the third part in a series about the organization’s journey to center racial justice, equity, and a vision for leadership in service of liberation. Project Director Kad Smith notes the ways that changing our culture in service of equity isn’t an abstract idea—it’s rooted in relationships and community.

Voices for Racial Justice’s Principles for Authentic Community Engagement can help guide organizations and coalitions, as well as individuals, toward inclusive collaboration and intentionally co-creating solutions to social problems.

White Dominant Culture and Something Different is a worksheet based on Tema Okun’s White Supremacy Culture handout. You can use this to take a look at the characteristics of white dominant culture and think about how they might apply to you as an individual or play out in your organization, as well as then considering some antidotes, or, alternatives.

The Praxis Project is a national non-profit organization that works in partnership with national, regional, state, and local partners to achieve health equity and justice for all communities. Their website provides examples of ways to build power and center community, such as videos on their Learning Circles and Roots & Remedies Convenings.

Anti-racist+ – Someone who supports antiracist policy through their actions and expresses antiracist ideas. This includes the expression of ideas that racial groups are equals and actively supporting policies that promote racial equity.

Cultural Appropriation+ – Theft of cultural elements for one’s own use, commodification, or profit — including symbols, art, language, customs, etc. — often without understanding, acknowledgement, or respect for its value in the original culture. Results from the assumption of a dominant (i.e. white) culture’s right to take other cultural elements.

Discrimination* – The unequal treatment of members of various groups based on race, gender, social class, sexual orientation, physical ability, religion, and other categories.

Diversity+ – Encompasses all the different characteristics that make one individual or group different from another. It is all-inclusive and recognizes everyone and every group as part of the diversity that should be valued. A broad definition includes not only race, ethnicity, and gender — the groups that most often come to mind when the term “diversity” is used — but also age, national origin, religion, disability, sexual orientation, socioeconomic status, education, marital status, language, and physical appearance. It also involves different ideas, perspectives, and values.

Historical Trauma – Multigenerational trauma experienced by a specific cultural, racial, or ethnic group. It is related to major events that oppressed a particular group of people because of their status as oppressed, such as slavery, the Holocaust, forced migration, and violent colonization.

Implicit Bias+ – Also known as unconscious or hidden bias, implicit biases are negative associations that people unknowingly hold and that are expressed automatically, without conscious awareness. Many studies have indicated that implicit biases affect individuals’ attitudes and actions, thus creating real-world implications, even though individuals may not even be aware that those biases exist within themselves. Notably, implicit biases have been shown to trump individuals’ stated commitments to equality and fairness, thereby producing behavior that diverges from the explicit attitudes that many people profess.

Inclusion+ – Authentically bringing traditionally excluded individuals and/or groups into processes, activities, and decision/policy making in a way that shares power.

Intersectionality+ – Per Kimberlé Williams Crenshaw, “Intersectionality is simply a prism to see the interactive effects of various forms of discrimination and disempowerment. It looks at the way that racism, many times, interacts with patriarchy, heterosexism, classism, xenophobia — seeing that the overlapping vulnerabilities created by these systems actually create specific kinds of challenges. “Intersectionality 102,” then, is to say that these distinct problems create challenges for movements that are only organized around these problems as separate and individual. So when racial justice doesn’t have a critique of patriarchy and homophobia, the particular way that racism is experienced and exacerbated by heterosexism, classism etc., falls outside of our political organizing. It means that significant numbers of people in our communities aren’t being served by social justice frames because they don’t address the particular ways that they’re experiencing discrimination.”

Microaggressions+ – The everyday verbal, nonverbal, and environmental slights, snubs, or insults, whether intentional or unintentional, which communicate hostile, derogatory, or negative messages to target persons based solely upon their marginalized group membership. [Note: Micro does not imply these aggressions are small, but rather that they happen on a micro/individual level. Microaggressions can have an immense impact.]

Prejudice* – An attitude based on limited information, often on stereotypes. Prejudice is usually, but not always, negative. Positive and negative prejudices alike, especially when directed toward oppressed people, are damaging because they deny the individuality of the person.

Racial Equity+ – Racial equity is the condition that would be achieved if one’s racial identity no longer predicted, in a statistical sense, how one fares. This includes elimination of policies, practices, attitudes and cultural messages that reinforce differential outcomes by race or fail to eliminate them.

Racial Trauma – also known as race-based traumatic stress, refers to the stressful impact or emotional pain of one’s experience with racism and discrimination. Common traumatic stress reactions that reflect racial trauma include increased vigilance and suspicion, increased sensitivity to threat, sense of a foreshortened future, and maladaptive responses to stress such as aggression or substance use. Further, racial trauma can have a negative impact on individuals’ physical and mental health.

White fragility+ – A state in which even a minimum amount of racial stress becomes intolerable for white people, triggering a range of defensive moves. These moves include the outward display of emotions such as anger, fear, and guilt, and behaviors such as argumentation, silence, and leaving the stress-inducing situation. These behaviors, in turn, function to reinstate white racial equilibrium.

White privilege+ – The unquestioned and unearned set of advantages, entitlements, benefits, and choices bestowed on people solely because they are white in a white supremacist culture.

White supremacy* – ​The idea (ideology) that white people and the ideas, thoughts, beliefs, and actions of white people are superior to People of Color and their ideas, thoughts, beliefs, and actions. While most people associate white supremacy with extremist groups like the Ku Klux Klan and the neo-Nazis, white supremacy is ever present in our institutional and cultural assumptions that assign value, morality, goodness, and humanity to the white group while casting people and communities of color as worthless (worth less), immoral, bad, inhuman, and undeserving. The term also refers to a political or socio-economic system where white people enjoy structural advantage and rights that other racial and ethnic groups do not, both at a collective and an individual level.

A Holistic Toolkit for Coping with Racial Trauma

Talking to Kids About Racism and Justice: A List for Parents, Caregivers, and Educators

Why People of Color Need Spaces Without White People

Eight Lessons for Talking About Race, Racism, and Racial Justice

How to Cope with Race-Based Trauma

My Grandmother’s Hands: Racialized Trauma and the Pathways to Mending Our Hearts and Bodies

Movement-Building in Times of Crisis
The Nap Ministry: Rest as Resistance
Topics + Questions to Ask Your White Peers + White Family Members
Pride 2020 is About Resilience, and We Are Resilient Together

LGBTQ+ Identity and Race in the US: An Intersectional Discussion

Implicit Bias – How It Affects Us and How We Push Through