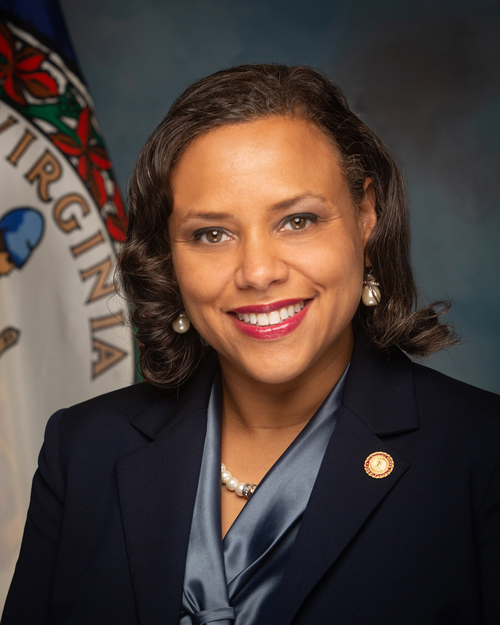 Contact tracing. Social distancing. Coronavirus testing. All once nebulous phrases, now familiar and used in everyday conversations across the globe. As we listened to daily updates week after week this past spring and well into the summer, Virginians and people across our nation witnessed the recognition of COVID-19’s disproportionate impact on communities of color and those in economic distress. But then came a much needed affirmation.

At the federal level, Dr. Anthony Fauci, the director of the National Institute of Allergy and Infectious Diseases, confirmed that institutional racism was a contributing factor to the severe impact the virus has had on Black and Latino communities. This national acknowledgement highlighted the intersection of racism and the disproportionate impact of the COVID-19 pandemic as two parallel inequities, however only one would receive the title of “public health crisis.”

For generations, people of color and their allies have put forth valiant efforts, and even died in many cases, to seek equality in the eyes of the public and the law. We’ve stood up and marched. We’ve bowed our heads and raised our fists. And just recently, we’ve linked arms and took a knee. And yet, Black men and boys are still 2.5 times more likely to be killed than their white peers.[1]

Today, communities across the nation rally their cries in recognition of lives lost due to an underlying condition – one even more deadly than COVID-19 that has been left undiagnosed for more than 400 years: endemic institutional structural racism.

Let’s level set together for a moment. The Commonwealth was the birthplace for the American slave trade. While this served as the catalyst of intergenerational trauma and posttraumatic slave syndrome for Black, Brown, and Indigenous people, laws and policies, including Jim Crow, slave codes, and vagrancy laws reinforced, oppressed, and expanded the legacy of trauma in these communities on a local and national level. Still yet, the trauma actively remains through systemic racism, which is perpetuated by biased laws and the way in which our systems intentionally and actively oppress people of color. Many still refuse to reconcile with these truths, much less do anything about them.

In 2007, the Commonwealth of Virginia formerly apologized for American slavery. Later, in 2019, Virginia acknowledged the 400th year anniversary of the arrival of the first enslaved Africans to Old Point Comfort, now Ft. Monroe in Hampton, Virginia. In its own ways too, the Northam administration has been on a journey toward truth and reconciliation by advancing historic new laws which gave localities authority over Confederate war memorials, removing discriminatory language from the Acts of Assembly, and creating a commission to study slavery in Virginia and subsequent cultural and economic discrimination.

Together, Virginia policy makers and legislators have also championed racial reconciliation by:

Previous seeds of hope have now grown into trees of change with roots of reform deeply embedded into our systems to likewise confront deeply rooted institutional racism. In 2020, the Commonwealth of Virginia has taken the lead to serve as a case study and national exemplar for the rest of country to follow in order to reconcile with these complicated issues and enact change. But there is far more work to be done for all of us as individuals and a collective.

While research proves that racial trauma and weathering, the stressful and adverse physiological and psychological impact caused by racism and discrimination, can have a disparate effect on one’s social determinants of health, there is a known antidote: individual and national reconciliation. I witness Virginians daily and their ability to persevere to fill the gaps in our systems; especially our public health systems in response to needs that were already pre-existing but are now more widely accepted as urgent.

You and I, and Virginia as a whole, are poised to reckon with our history and leverage structural change to provide the much needed medicine and treatment our state and nation needs for genuine healing and restoration. Together, as we acknowledge Racial Truth and Reconciliation Week ahead of Governor Northam’s Townhall for Racial Equity and Law Enforcement Reform, the special August 2020 session, and the regular January 2021 session, we are setting the standard for racial reconciliation and anti-racist reform across all other dimensions of diversity. Therefore, let us resist what I call ‘discrimination olympics’ and instead take up our tools of influence and till the seeds of hope for humanity, and especially those of color.

In short, in the spirit of civil rights activists and leaders that came before us, I charge each of us to roll up our sleeves to further advance Virginia’s historic racial equity agenda, so that we get closer to realizing our part in creating a “more perfect union.”

Who knows, perhaps our trees of change will soon be a forest of freedom.

Dr. Janice Underwood is the first cabinet-level Chief Diversity Officer (CDO) for the Office of Virginia Governor Ralph Northam. As the Commonwealth’s CDO, Dr. Underwood addresses racial, ethnic, disability, gender-based and other cultural inequities in formal and informal policies and practices in Virginia.

[1] Proceedings of the National Academy of Sciences