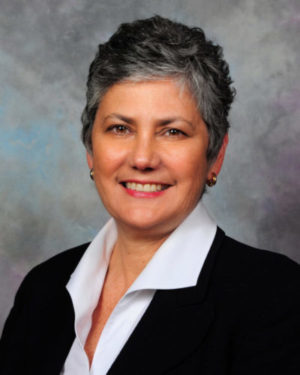 The executive director of Friends of the Portsmouth Juvenile Court, a nonprofit dedicated to creating better futures for Portsmouth’s court-involved youth and families, often makes presentations to lawmakers, nonprofits, and citizen groups. When she does, she goes armed with multiple copies of Voices’ infographic snapshots to distribute to members of the audience.

The visually appealing snapshots succinctly capture the unique demographics of, and challenges to, child well-being in each region of the state and can be a powerful advocacy tool.

“If you can get this piece of paper in the hands of the public in general, or politicians and decision makers in particular, it paints a picture in such a vivid way,” Susan says. “The facts can’t be denied.”

“Whether you’re writing grants or speaking to elected officials, it’s important to have facts.”

And Voices for Virginia’s Children can supply advocates with a wealth of facts.

As home to KIDS COUNT, a nationwide project of the Annie E. Casey Foundation, Voices collects and analyzes data on child well-being across the commonwealth. Voices uses the data to create a variety of publications, including detailed infographic snapshots of eight Virginia regions: Central, Eastern, Hampton Roads, Northern, Richmond, Southside, Southwest, and Valley.

“Last week I made a presentation to women in the Portsmouth Service League,” Susan says. “I handed out Voices’ snapshot of Hampton Roads, and I wish you could have seen the jaws drop.

“The numbers and colorful graphics tell a story better than you can. The snapshot lays out information in a way that is clear and easy to read.”

In addition to its educational outreach and advocacy benefits, Susan also finds the snapshots useful in her fundraising efforts. “I often include the snapshot as an attachment to my grant applications,” she says.

Voices is the go-to resource for anyone seeking information on how kids in Virginia are faring on issues such as health, economic security, education, and family and community life. Through KIDS COUNT, Voices collects data on 100 state-level and 40 local-level indicators of child well-being and uses this data to inform its public policy advocacy.

Susan says she has found the KIDS COUNT data and publications particularly helpful to her nonprofit’s work on foster care and juvenile justice.

“Whether you’re writing grants or speaking to elected officials, it’s important to have facts,” Susan says.