Historical Trauma in the Healthcare System 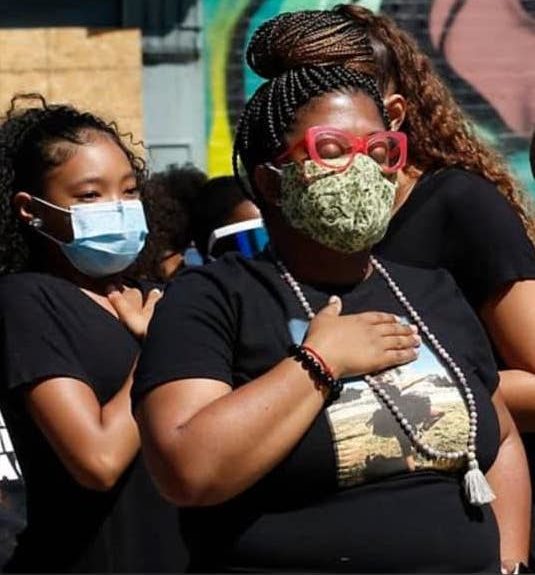 Today, communities of color are disproportionately impacted by disparities that exist in the healthcare system. These communities face exacerbated inequities affiliated with the pandemic, including health. Unfortunately, the same communities have faced these issues for centuries.

Here are three examples throughout history: 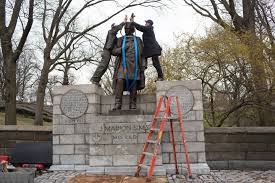 In the 1840s, Dr. J. Marion Sims spent years conducting experiments on enslaved women. There are only three known names: Anarcha, Lucy and Betsey. Sims outlined the process of negotiating with slaveowners, “If  you give me Anarcha and Betsey for experiment, I agree to perform no experiment or operation on either of them to endanger their lives, and I will not charge a cent for keeping them, but you must pay their taxes and clothe them.”

These women were property and could not consent. The surgeries were painful. Today, in modern medicine, explicitly bias beliefs that Black people have thicker skin and experience less pain continue to impact the experiences of Black patients in an array of forms. Today, Simms is acknowledged to be the founder of modern surgical gynecology. In 2018, New York City removed the statue of Dr. J. Marion Sims from a pedestal in Central Park. 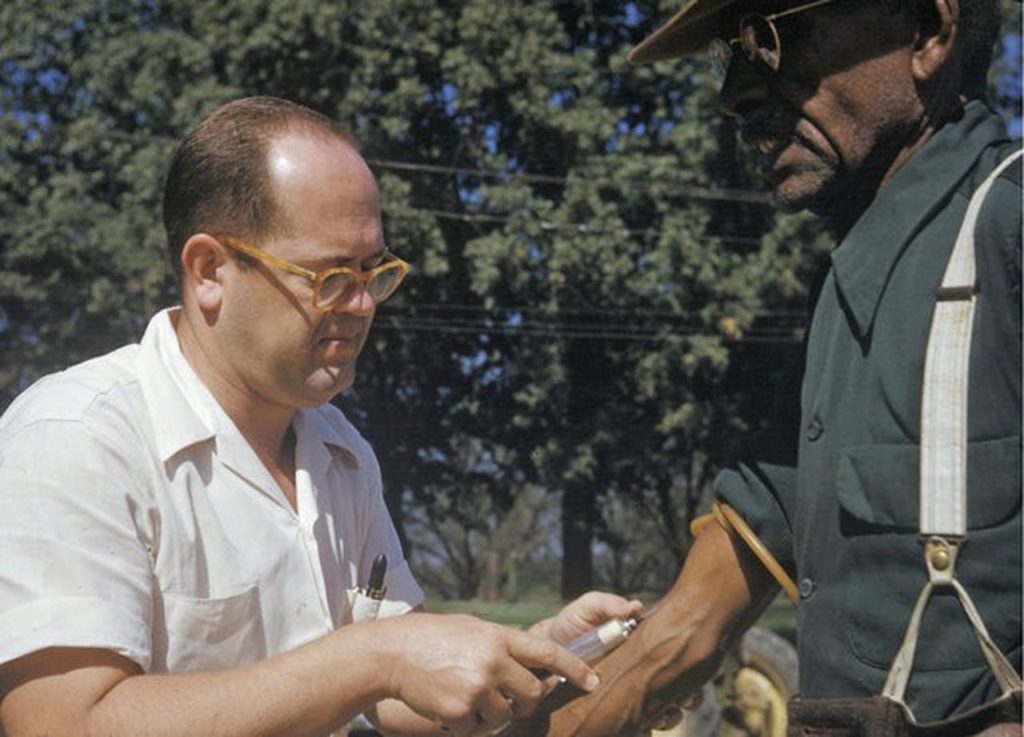 In this 1950’s photo released by the National Archives, a black man included in a syphilis study has blood drawn by a doctor in Tuskegee, Ala. In 1972, the study ended and the men sued, resulting in a $9 million settlement. (National Archives via AP)

The Tuskegee Institute worked with the Public Health Service. The study was named the “Tuskegee Study of Untreated Syphilis in the Negro Male.” It involved 600 Black men, 399 with syphilis and 201 who did not have the disease. The researchers told the men they were being treated for bad blood, which was a term used to describe ailments that included syphilis, anemia and fatigue. In exchange, the men were given access to free medical exams, meals, and burial insurance. While the experiment was only projected to last six months, it lasted 40 years.

After receiving pressure from the public, the Assistant Secretary for Health and Scientific Affairs appointed an Ad Hoc Advisory Panel to review the study. Here’s what they confirmed, “The men were never given adequate treatment for their disease. Even when penicillin became the drug of choice for syphilis in 1947, researchers did not offer it to the subjects. The advisory panel found nothing to show that subjects were ever given the choice of quitting the study, even when this new, highly effective treatment became widely used.” The experiment was ethically unjustified and paused in 1972.

Dr. Kevin Allison, who has led the East Marshall Street Well Project for Virginia Commonwealth University, and first-year medical student Gerald Coronado transfer the remains for the ceremony at the sciences building.

The Hermes A. Kontos Medical Sciences Building located at the intersection of 12th and Marshall streets in Richmond, Va., covers a well site discovered in 1994 during the construction of the building. VCU President, Eugene P. Trani, had the bones and artifacts sent to the Smithsonian Institute for further research. The remains consisted of nine children and 44 bodies aged 14 and older. The bodies were used to teach medical students about human anatomy prior to 1860 when the well was capped. This exemplified VCU’s participation in the purchasing and theft of the bodies of enslaved dead slaves and other Black people during the 19th century.

The remains will now be stored at the Virginia Department of Historic Resources until VCU and the Eastern Marshall Street Well Project committees decide on a final resting place. A ceremonial return was held and attended by Virginia Governor Ralph Northam, Richmond Mayor Levar Stoney and Delegate Delores McQuinn (70th District), chair of the Richmond Slave Trail, among others. The remains will be housed at the Virginia Department of Historic Resources.

Today, the world witnesses the outcomes of healthcare inequities through maternal and infant mortality and COVID-19. Views of the trustworthiness of health care are influenced by the experiences and identities of the individuals being served. The historical legacy of mistreatment at the hands of the medical profession and the current landscape of health disparities reveal opportunities to improve the way in which the racial traumas embedded in the healthcare system are responded to and acknowledged. These examples highlight centuries of racism embedded within our systems, resulting in a lack of distrust of those systems for Black Indigenous People of Color (BIPOC) communities. There’s also generational trauma that’s passed down because of it.

Therefore, using or trying to improve the systems that are in place will not yield the change that is needed to rectify years of harm. Instead, we must change and dismantle racist systems. In the wake of the pandemic as a trauma and a resurgence of the Black Lives Matter movement, there is an urgent need to address systematic inequities and to acknowledge the way in which these inequities have had longstanding impacts on communities of color for far too long. Even still, the resilience embedded in BIPOC communities is stronger than racism. Think of the growth BIPOC communities have experienced since the Trail of Tears in the 1830s, Jim Crow, or the first enslavement of Africans 400 years ago.

Think about what it means to be:

Simply put, it means everything.

Go back to the main page.