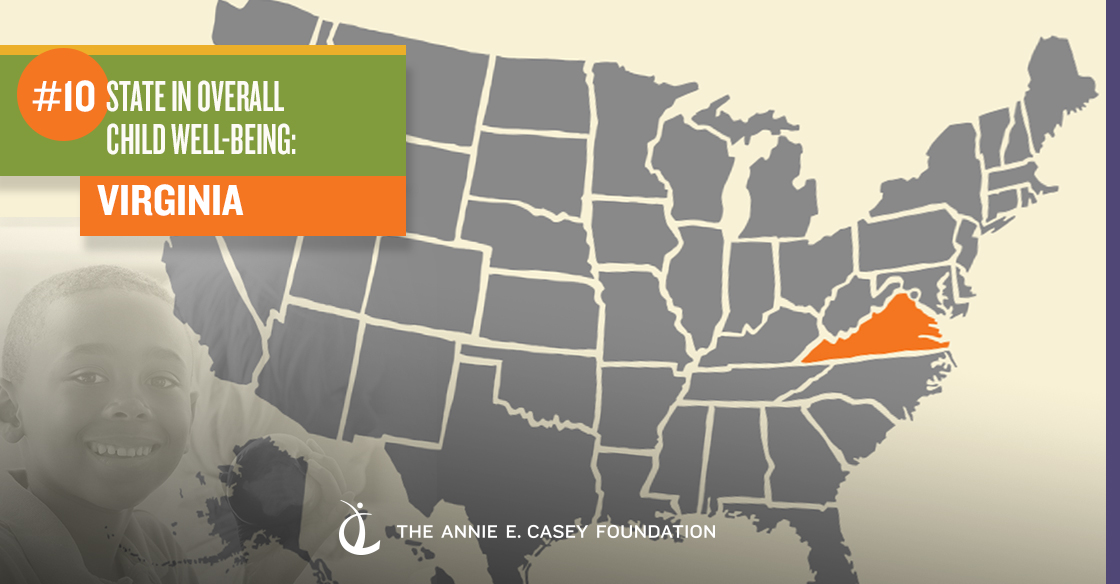 Every year, the Annie E. Casey Foundation (AECF) releases the KIDS COUNT Data Book, a report detailing the most recent information about child well-being and ranking the states on these criteria. Voices works with AECF to release the annual report, and today we are releasing the 2017 KIDS COUNT Data Book!

Virginia was ranked 10th in the nation for overall child well-being, an improvement from last year’s ranking of 11th place. This improvement marks the success of past investments in child well-being across the Commonwealth, but a closer look at the data reveals we still have work to do.

The good news: there has been a marked decline in the number of children without health insurance. An additional 30,000 children in the Commonwealth gained health coverage in the last five years. Virginia is on the right path to ensuring all children have access to health coverage, with 95% of kids having some form of insurance. Much of this progress can be attributed to Virginia’s investments in the Medicaid and FAMIS programs.

The high cost of poverty to Virginia’s economic prosperity means that we must do better to ensure children grow up to become economically stable and able to contribute to our Commonwealth. Virginia’s child poverty rate also makes it even more critical to preserve Medicaid’s current structure, as it serves as a stabilizing factor for families who would otherwise be unable to afford, or go bankrupt, from health care costs.

Given that today is Primary Day in Virginia, and we are discussing how to move the Commonwealth forward, it seems that now is the time to hear from candidates running for statewide office and the House of Delegates about how they will approach the challenges facing families living in poverty.