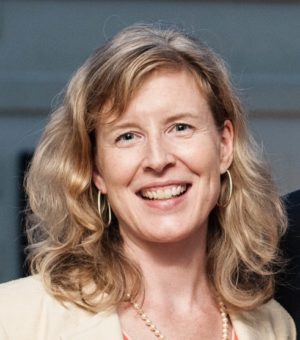 Shortly after joining Voices (then known as the Action Alliance for Virginia’s Children and Youth) as a policy analyst in January 2000, Margaret was working with parents who were struggling to access resources for their children experiencing severe mental health challenges. Many of these parents had depleted their personal funds in their efforts to get appropriate treatment for their kids.

Because these families and the mental health professionals trying to help them had run out of options, the families were urged to relinquish custody of their children to their local department of social services in order to receive state funding for expensive services, including residential treatment placements.

“We [Voices] worked for several years to fix this issue,” Margaret says. “I partnered with a very articulate mother to share her story with the secretary of health and human resources. The secretary decided on the spot to form a committee to look into the issue. I brought more parents to speak to the committee and worked with the media to highlight the terrible dilemma faced by these families.

“Putting together our data and research with the parents’ personal stories proved very effective in influencing the policymakers. We were able to explain the mechanisms of the system and why it needed to change.”

Legislators changed the law and Margaret discovered the value of relationships in effecting policy change.

“Policy work is all about building strong, long-term relationships with advocates, policymakers, partners, and funders,” she says. “Relationship building drives Voices’ model. It’s not just about the one issue for today–it’s about many issues over the long haul.”

“Policy work is all about building strong, long-term relationships with advocates, policymakers, partners, and funders.”

The campaign was instrumental in securing new state funds in lean budget times — now totaling more than $8 million per year — for a series of statewide programs that expanded access to emergency mental health services for children and adolescents, including access to more child psychiatrists and crisis stabilization units.

Although she has not always worked in the policy realm, Margaret has always been interested in improving the circumstances of children and families. In high school and college, she volunteered with various human services nonprofits.

“I found working in a direct-service, crisis-oriented environment very stressful,” Margaret says. Although she has tremendous appreciation for people who work for direct-service nonprofits, she says she realized her skill set was better suited to policy work.

“I’m a big picture person,” she says. “I can see systems. Writing government grants at the YWCA, I saw how some guidelines made sense and some didn’t. The only way to change this was through policy.

“Once I got into policy work at Voices, I realized you can make a difference for thousands of kids at a time. It may take longer than direct service, but the potential impact is broader.”

“Once I got into policy work at Voices, I realized you can make a difference for thousands of kids at a time.”

“Over the years, we’ve gotten much clearer about what it means to be a child advocacy organization on a policy level,” Margaret says of Voices. “We’ve learned it’s better to go deep on a handful of issues than to be shallow on many issues. Now the people who work at Voices have expertise on particular issues—early childhood, adoption and foster care, health and well-being, mental health, and family economic security.

“We’ve learned it’s better to go deep on a handful of issues than to be shallow on many issues.”

“Voices’ mission to champion public policies that improve the lives of Virginia’s children does not change. But we have to be nimble, adaptable, and opportunistic in anticipating and responding to changes around us.”