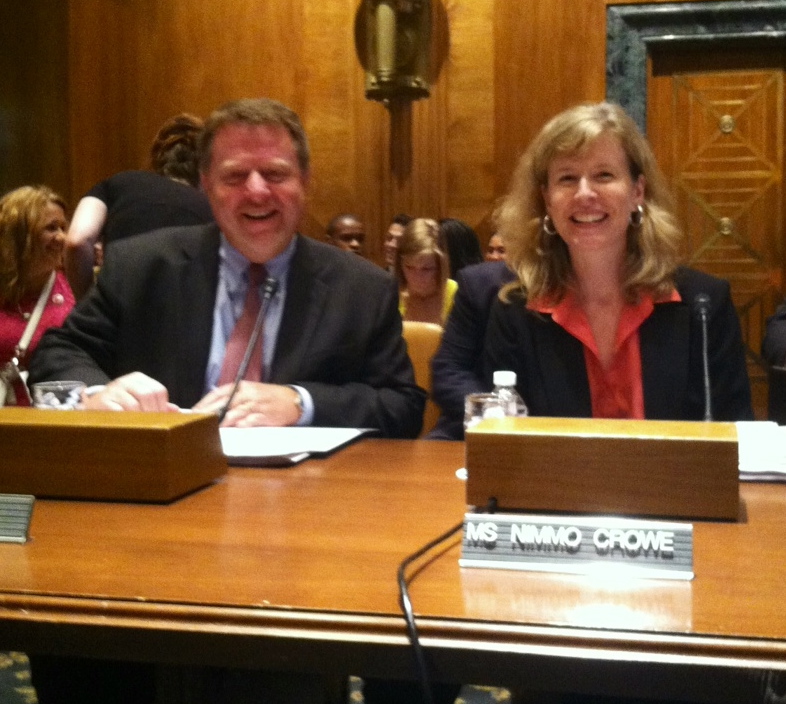 Yesterday, June 26th, Voices Acting Executive Director Margaret Nimmo Crowe, along with First Focus President Bruce Lesley, delivered testimony and responded to questions from the U.S. Senate Budget Committee on the impact of federal funding on children in the Commonwealth, especially focusing on the effects of funding cuts due to sequestration.

Margaret talked not only about the great successes of federally funded programs for kids, but the potentially disastrous effects of making cuts to those vital programs, like early intervention services, home visiting programs and Head Start.

“The effects of the sequester are not hypothetical. They are very real…where the rubber meets the road. And they’re affecting both our current and future workforce.” — Margaret Nimmo Crowe

The harm from budget cuts doesn’t just “trickle down” to children through the harm felt by their parents–many of these proposed cuts will have a direct impact on children themselves, immediately. Children with developmental delays receiving services under Part C of the Individuals with Disabilities Education Act, for example, could have necessary interventions like physical or occupational therapy reduced based on lack of funding, which could impede very real progress in overcoming such disabilities.

You can watch the full panel’s testimony before the Senate Budget Committee here, and also find Margaret’s prepared written testimony, which elaborates on her delivered remarks.

Voices is proud to have been invited to contribute to this necessary conversation with our federal policymakers to help ensure they are keeping children a top priority when making difficult funding decisions.