What could a state-level effort addressing childhood trauma look like in Virginia? 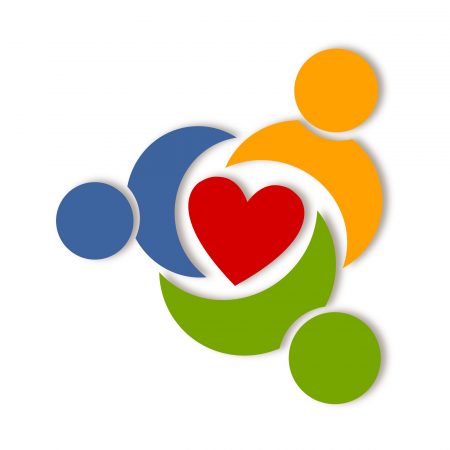 Local and regional Trauma Informed Community Networks (TICNs) across Virginia are bringing partners together from local government, schools, and services providers to transform their approaches to working with children who have experienced trauma. Their goal is to work across silos, develop a shared framework, coordinate resources, and innovate new approaches to caring for children and families. Voices is considering how state-level policy approaches could strengthen this work at the local level. To help facilitate this conversation we researched state-level approaches to trauma-informed policy efforts in three other similar states- Wisconsin, Tennessee and South Carolina. While Virginia is strong in partnerships and interventions at the local/regional level, these states are farther along in elevating the issue to the state level and, in turn, using that platform to strengthen local networks.

Here is what we found most interesting about these three state-level approaches:

Wisconsin has several state-level initiatives working in partnership to develop trauma-informed approaches. It was a top-down initiative, primarily influenced by First Lady Tonette Walker as the champion. However, much has developed beyond the First Lady’s initiative (called “Fostering Futures”): the Department of Children and Families is home to the Wisconsin Trauma Project, the Department of Health Services houses the “Shift Your Perspective” initiative, there is a legislative Children’s Caucus focused on the issue, and the Governor has created a new Office of Children’s Mental Health.

Wisconsin’s work has focused in 3 areas:

Leadership: The work is coordinated among various departments but there is no one state lead. The closest is the Steering Committee for the First Lady’s initiative made up of high level government officials and stakeholders from outside of government, such as pediatricians and philanthropy.

Funding: The total budget is about $1.6 million which is primarily used to  support he training for providers and parents. Localities apply to participate and determine which models they would like to utilize. Some of the initial funding came from federal Promoting Safe and Stable Families funds. The state has also added general funds.

Similar to Virginia, Tennessee started with a flurry of activity at the local level with very active and engaged networks in Memphis and Nashville. However, they quickly gained champions in high places, with Governor Haslam’s Chief of Staff becoming a key proponent of trauma-informed approaches. Local foundations stepped up to prime the pump, and fund research of communications approaches and evaluations of trauma-informed efforts. Now Tennessee’s work is centered on the Building Strong Brains campaign. It has a public sector steering committee and a private sector steering committee. The steering committee is housed in the Department of Children’s Services and also serves as Tennessee’s Three Branch Initiative supported by the National Governor’s Association.

Leadership: The two Steering Committees- public sector and private sector—provide the key direction for strategies and goals. The Executive Director of Tennessee’s Children’s Cabinet serves on the Steering Committee. The TN Commission for Children and Youth, an independent group with a board appointed by the Governor, has played a key role in connecting players, advancing messages of public support, and keeping the work going.

Funding: While initial philanthropic funds were used to get the initiative off the ground, Tennessee is now relying mostly on public funds. For the last two years, the Governor’s budget has included $1.2 million in general funds to support the innovation grants.

Leadership: The Children’s Trust of South Carolina partners with the South Carolina Department of Health and Environmental Control (DHEC), Early Childhood Comprehensive Services (ECCS), and others on this effort but the work and planning moves forward through the state-level advocacy organization. (However, differently from Voices for Virginia’s Children, they are home to prevention efforts supported by federal and state funds.) They have added a staff position to coordinate the effort.

Funding: Resources for the initiative range from $150,000- 250,000 per year and include private and state funds. The Children’s Trust does fundraising for the initiative, as well as hold state contracts to conduct the training and other coordination efforts.

For Virginia to move forward with a state-level effort, we suggest that partners come together around a plan to identify:

Focus: Initiate efforts that work across agencies and that are flexible to build on existing local momentum and innovation.

Leadership: Develop a coordinating effort at the state level, such as within the Children’s Cabinet, to establish a unified framework and coordinate state-level efforts.

Funding: Consider existing state and federal resources that could be aligned; as well as the potential of leveraging private funds, and new state funds to support innovation and coordination.