Why Black Children & Youth Have to Be Resilient 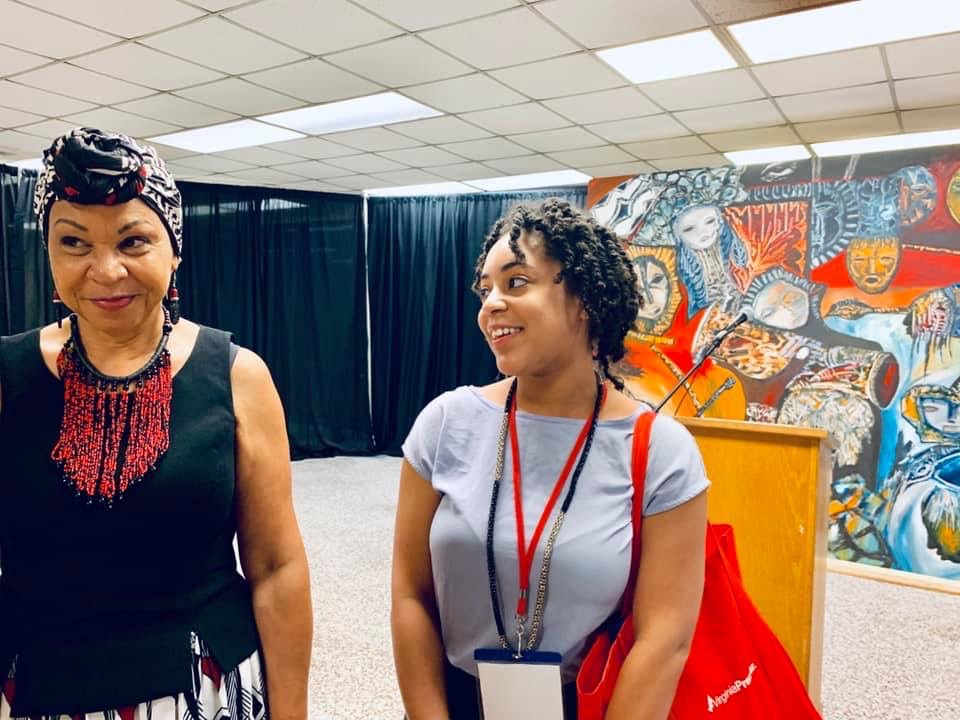 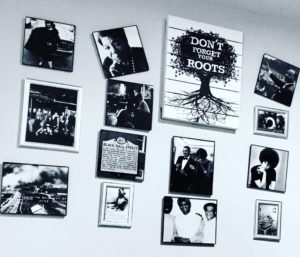 Black children and families are no stranger to resilience. As a Black woman, I know our history. The decorations in my home consist of historically recognized icons ranging from Dr. Martin Luther King, Jr. to Ruby Bridges to Angela Davis, and more. Their faces do not remind me of the traumas rooted in our cultural narrative; instead, it reminds me of our cultural resilience. The United States is one of the most diverse democracies in the world, but much of the history entails violence and discrimination. While slavery occurred in the 1600s to the mid-1800s, during the 18th century alone, between  six to seven million enslaved Africans arrived to America. Virginia was the leading state for the domestic slave trade, and Richmond served as the epicenter of that trade. In addition, VA was also the second largest state for the importation of enslaved Africans. A Family and Children’s Trust Fund brief, titled, Racial Trauma, states, “In the 1850s, Richmond’s biggest business by dollar volume was not tobacco, flour, or iron, but slaves.” This was just 170 years ago.

In the featured image above, you see Staff Member, Chloe Edwards, pictured with Dr. Angela Joy DeGruy at the #MovingBeyondACES Summit. The moment was captioned, “When you see who you want to become,” because #RepresentationMatters. Dr. DeGruy is a social activist and professor who further explains: “African Americans sustained psychological and emotional injury as a direct result of slavery and continue to be injured by traumas caused by the larger society’s policies of inequality, racism and oppression. A less severe form of the violence and abuse continued after slavery officially ended with peonage, Black Codes, Convict Leasing, lynchings, beatings, threats to life and property, the rise of the Klan, Jim Crow, segregation, the death of Emmett Till, the race riots of the 1960s, and the 1992 police beating of Rodney King. All these events remind African Americans that the trauma has never really ceased and that it is likely to continue if there is no intervention.” While slavery is categorized as a historically traumatic event, the implications still existed after slavery through policies that supported the systematic oppression of Black children and families. The intervention requires that we change systems that have perpetuated systematic racism in order to break intergenerational, cultural, and historical traumas.  Research shows that the accumulation of adverse childhood experiences can have a detrimental impact on a child’s social determinants of health, but culturally, Black children and families have consistently developed coping mechanisms overtime.

Children and Youth Have Different Starting Places in Life 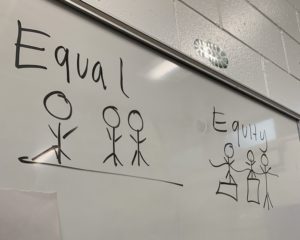 Girl Action Team Coaches with Girls for a Change teaching a session on equity.

Black children and youth know that they have different starting places in life, and they feel an immense pressure to be the people that will break cycles of intergenerational trauma within their families. However, they don’t always know the “name” of the issue they face, which is “equity.” To the right, you see a breakdown of Girl Action Team Coaches from Girls for a Change explaining the difference between equality and equity to girl activists. For example, Infant mortality statistics from the KIDS COUNT Data Center, show that Black infants face oppression before they are even born.

Black infants were twice as likely to die during birth in comparison to the average of 4.5% of White infants. A higher percentage of Black babies are low birthweight at 13.1% in comparison to 6.7% for non-Hispanic White babies in 2017 (1). Fifty percent of Black children grow up in families that struggle to meet their basic needs. In addition, when it comes to intuitional equity, the overall household median income for families with children in Virginia was $53,900 for Black family households in 2018 in comparison to the $103,700median household income for White family households, which leaves Black families struggling to meet their basic needs (2).

While children and youth cannot often describe the oppression they face, as a Commonwealth, we must recognize that children have different starting places in life in order to identify equitable policy opportunities in parallel with the data that highlights disparities. This data is daunting, but it does not describe the resilience embedded in Black culture as a whole.

Despite the challenges of oppression, Black children and youth are resilient. 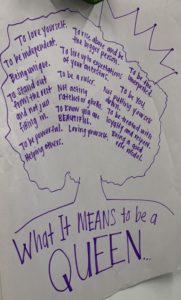 How do we teach resilience to children? The beauty of Black history is rooted in our resilience as a culture. I didn’t learn this until I was 20-years-old after reciting a poem in college, titled, “I Too…Am Beautiful.” I said Black history was not beautiful, and I was corrected by a fellow student who told me it was. The cultural resilience is, in fact, beautiful. How have we passed down this resilience to the next generation? It’s a fine balance between highlighting the disparities rooted in Black culture, such as slavery, while simultaneously, highlighting the cultural resilience.  Just as trauma is intergenerational, so is resilience.  In history and even now, youth are the leaders of many movements. Youth do not need to be given a voice; instead, they already have one. In some cases, their voices just need to be affirmed and empowered. To the left, you see youth activists, who serve as change agents, describing what it means to be a Queen: “To be powerful, to love yourself, helping others,” they said. Their resilience doesn’t fall far from the roots their ancestors planted. Read the next Voices blog on Black children and youth that have and are advocating for change!