Kristin Lennox is the Advocacy and Engagement Manager at Voices for Virginia’s Children. She is responsible for identifying advocacy opportunities, developing traditional, digital, and grassroots engagement and advocacy strategies, and mobilizing advocates to support policy priorities.

Kristin’s most recent experiences are as a direct practitioner with children, youth, and families while serving as a Program Supervisor at ChildSavers. Kristin has 5+ years experience providing community-based mental health services, predominantly responding to crises or traumatic events. Kristin also managed efforts in community engagement and outreach through public speaking and interview opportunities. She has delivered global workshops and trainings on themes of trauma-informed care, healing centered engagement, and de-escalation. Kristin is passionate about increasing parity in community resources and mental health access for youth and families in Virginia. She believes in a responsible, person-centered approach to community engagement.

Kristin can be reached at kristin@vakids.org. 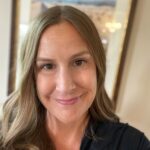 Melissa McGinn is a licensed clinical social worker and is currently Greater Richmond SCAN’s Director of Community Programs and State Coordinator for Virginia’s Trauma Informed Community Networks. Melissa is responsible for the management and coordination of all SCAN’s prevention programs, training, and consultation on becoming a trauma informed organization. Melissa has been an adjunct professor and field liaison at Virginia Commonwealth University for 15 years. Melissa worked at the Virginia Department of Social Services, re-establishing the Child Welfare Stipend Program at four universities across the state. Melissa spent the first 14 years of her career as a child and family therapist specializing in the treatment of complex trauma, working primarily with children in the child welfare system, in community based and outpatient settings.

Melissa can be reached at mmcGinn@grscan.com. 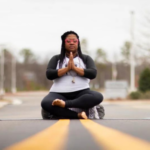 Amanda Lynch is an author, motivational speaker and entrepreneur. Lynch authored “Breathe, Baby, Breathe: An ABC Guide To Mindfulness.” She is a licensed educator and an expert in trauma-informed practices and mindfulness in the classroom. Lynch began working as a Special Education teacher in Richmond Public Schools in 2003. Amanda began practicing yoga in 2013 and instantly recognized the countless healing benefits yoga has to offer. She completed her RYT-200 in 2019. As a native of Glen Allen, she was very naïve to the poverty and trauma that plagued many of her students and their families. She sought out more information about substance use disorder, cultural responsiveness, and historical trauma as she navigated the systems and resources that could best support her students both in and outside of the classroom. For nearly twenty years, Lynch worked in a variety of capacities in public education and briefly in correctional education.  It wasn’t until 2006 when her best friend, Angel J. Jackson, and her father, Herbert Sharpe, Sr., were brutally murdered that she truly understood how deeply trauma could impact an individual and their family. This single event changed the trajectory of her career.

Amanda Lynch can be reached at alynch@grscan.com. 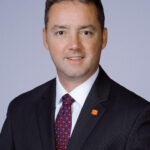 John Richardson-Lauve is a licensed clinical social worker with over 25 years of experience working in the field of community mental health. He is committed to the support and strengthening of individuals and communities that struggle with adversity. His experience includes work with chronically mentally ill adults, substance abuse, residential youth care, foster care, and outpatient mental health. He has worked with homeless veterans in New York City, in a hospice home for those with HIV in the early stages of the AIDS crisis, and 6 years living together with his wife in a home with 8 teenage girls in foster care. He is an experienced trainer, lecturer, and keynote presenter, presenting nationally and internationally. He is the Director of Mental Health and the Lead Trauma and Resilience Educator at ChildSavers, an outpatient mental health clinic which has served children and families in the Richmond, Virginia community for over 90 years. He and his wife have a 14-year-old son and have worked with over 50 children in foster care in their home.

Sophia Booker serves on the executive committee of the Racial truth and Reconciliation coalition as Co chair of the Grassroots Engagement Committee. She is a strong advocate in the foster care community. Currently, Sophia is the Youth Development Coordinator for Project LIFE at United Methodist Family Services and is a Master of Social Work Candidate at VCU. Sophia has advocated on behalf of several policy initiatives to improve the lives of children, including Fostering Futures. Sophia currently serves on the State Executive Council for Children Services with the Secretary of Health and Human Services, among many others. Sophia is also the lead facilitator of the first and only Youth MOVE (Motivating Others through Voices of Experience) local chapter in the state of Virginia. This chapter was recently awarded a national award for their hard work and continued dedication to youth voice. Some of her other accomplishments include Sophia co-presenting with a social work Ph.D. candidate on a pilot study on transition-aged foster youth and their social networks (connections in the community) in Dallas, Texas at the Council for Social Work Education Conference, the largest social work conference in the country during her senior year in undergrad. Sophia is defying the odds with her success. Her goal is to give back and ensure that all youth in foster care or aging out of the foster care system are well supported and have the same access to normalized experiences and opportunities that others have as they transition to adulthood.

Sophia can be reached at Sbooker@umfs.org. 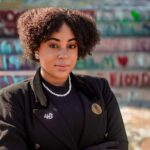 Chlo’e Edwards, MPP, is the CEO of Chlo’e Edwards Brands: Transformative Change, which is home to Woke Literacy Institute, Stay Yoked, and Blackity Black. She leads through her personal experiences as a community advocate and activist with a passion for community resilience, community engagement, racial equity and social justice. Chlo’e approaches change holistically and brings a variety of perspectives. She is a trained racial equity facilitator, master trauma-informed care & resilience trainer, healing-centered engagement practitioner, forensic peer recovery specialist, creative writer, performance poet, public speaker, advocate, activist, and policy analyst. Chlo’e believes that radical self-care and community wellness in tandem with healing-centered engagement, which is political rather than clinical, will empower community members to serve as agents in the creation of transformative change. Chlo’e previously served as a Policy Analyst at Voices for Virginia’s Children, Community Partner in Residence for the Bonner Center for Civic Engagement at the University of Richmond, volunteered as the president of Black Lives Matter 804 and Boss Folx Vibes, and serves as a board member for I’M JUST ME Movement and The Hive Movement. In 2020, Chlo’e founded Virginia’s first Racial Truth & Reconciliation Week, which was recognized by Governor Ralph Northam. Now, the initiative has evolved into a campaign that empowers the voices and experiences of marginalized communities in acknowledgement of truth to promote healing, reconciliation, and justice. During the 2021 GA session, Chlo’e helped lead efforts to successfully recognize racism as a public health crisis in Virginia, making the state the first in the south. In 2021, she was recognized by The Valentine as a Richmond History Maker for the social justice category, received the Virginia Association for the Education of Young Children Media Award, and was honored by the YWCA Outstanding Women Leadership Award for Human Relations and Faith in Action. In 2020, she was named on Style Weekly’s top 40 Under 40 and RVA Mic Share’s top 34 Black women trailblazers. She also received the Outstanding Service Award from Connecting Hearts in 2018 and was named Radio One Richmond’s top 30 Under 30 in 2017. Chlo’e holds a Master’s of Public Policy in Leadership from Liberty University and a Bachelor’s from Hollins University. She also completed the Minority Research and Law Institute Program at Southern University in 2013, the University of Virginia’s Sorensen Institute for Political Emerging Leaders program in 2019, and the Virginia Progressive Leadership Project in 2021. 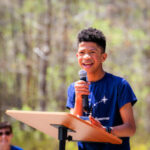 Elijah Lee, a 14-year-old student and community activist, is a national advocate for young people. For the past five years, Elijah has organized annual child abuse prevention events and served as a public speaker on the issue of child abuse. In an effort to support young survivors and reduce the impacts of trauma, Elijah organized and raised funds for pediatric safe rooms at Vidant North Hospital in Roanoke Rapids, NC. This effort transformed uninviting emergency
rooms into child-friendly welcoming spaces. He recently raised $12,500 for a similar partnership with the Children’s Hospital of Richmond. Elijah is the founder of a nonprofit organization, Hear Our Voices, dedicated to the empowerment of young people with an emphasis on assisting youth in finding their voice and becoming agents of change. For this work, he was named the
2022 Youth Entrepreneur of the Year by the Metropolitan Business League. Elijah is an active
lobbyist with the Virginia General Assembly, advocating and testifying for legislation impacting
young people. He currently serves as co-chair of the Virginia chapter of Voters of Tomorrow, a
national organization committed to voter registry for young people. Elijah also serves as the
legislative liaison for the Virginia Teen Democrats. In addition, Elijah is an ordained minister and
serves as a guest preacher in both Virginia and North Carolina. Elijah’s activism led him to be
featured on the Marvel Hero Project streaming on Disney Plus (episode 2, Incredible Elijah).
Elijah has also made two guest appearances on the Kelly Clarkson Show and was highlighted in
PEOPLE Magazine and the Black Panther Comic. As a rising freshman at Maggie L. Walker
Governor’s School, Elijah remains committed to his academics.

Elijah can be reached at incredibleelijah@gmail.com. 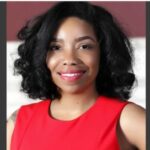 Bianca Myrick previously served on the executive committee of the Racial truth and Reconciliation coalition as co-chair of the partnerships committee. She is a native of Petersburg, Virginia, and the founder and executive director of Pretty Purposed, a non-profit organization dedicated to empowering adolescent girls to grow and glow.  As a middle grades educator, Bianca has a passion for working with adolescents and saw a need in her community where girls could have a safe space. She continues to work with the Pretty Purposed board, staff, and volunteers to build organizational capacity and increase opportunities for women and girls, through securing funding, building strategic partnerships, and developing its GIRLS program. In addition to her role as executive director of Pretty Purposed, Bianca is a consultant for Mentor VA, where she is a part of a team that supports the work of over 300 youth organizations around the state of Virginia.

She is a 2010 graduate of Virginia State University, where she serves as an adjunct instructor in the Department of Teaching and Learning. Bianca also has a masters degree in public administration from Virginia Commonwealth University, and hopes to receive her certificate in nonprofit management soon. Her goal is to continue advocating for women, girls, and families through her work as a nonprofit leader and her consulting career. While she has many roles, her most fulfilling one is that of being a mom to her son, Bryce.

Bianca can be reached at Biancamyrick@prettypurposed.org. 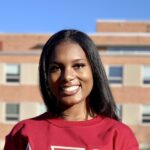 Kyra Parker previously served on the executive committee of the Racial truth and Reconciliation coalition as Co chair of the Partnership Committee. Kyra is an advocate for youth and trauma-informed practices in community organizations and in schools. Through her work in schools, Kyra has become passionate about the experiences of students in schools and is committed to making the classroom a more equitable and positive experience for minority youth. Kyra has previously worked with the Concerned Citizens Network of Alexandria, where she coordinated a discussion on anti racism during the first Racial Truth and Reconciliation Week. Kyra graduated from Virginia Tech with a Bachelor’s degree in Neuroscience and will begin her PhD in Clinical Psychology at the University of Virginia in the fall of 2021.

Kyra can be reached at kyra.parker18@gmail.com.

To join one of the committees or the coalition, please fill out this form.