Kids, Families and COVID-19: Pandemic Pain Points and the Urgent Need to Respond was released on December 12, 2020 by the Annie E. Casey Foundation in partnership with Voices for Virginia’s Children. This report shows in detail how children and families are suffering from the unprecedented disruption and economic storm set off by the pandemic. This report measures how families are doing in the areas of food security, housing stability, health insurance status and mental health concerns

According to the report, the percentages of Virginia’s families with children who have experienced challenges across the following indicators are listed below:

The 2020 KIDS COUNT Data Book was released on June 22, 2020 by the Annie E. Casey Foundation, an annually published resource that tracks child well-being nationally and state by state and ranks the states accordingly. The report is based on the latest available data for 16 key indicators. For the 2020 report, the data is from 2018, so they do not reflect current conditions amidst the COVID-19 crisis. The Casey Foundation plans to explore the effects of the pandemic on child well-being in a future report but is releasing the annual Data Book as usual to ensure legislators and other policymakers, researchers and advocates for children have the information they are customarily able to access at this time of year.

The 2020 Data Book shows improvement in Virginia on eight indicators in the KIDS COUNT Index including:

The 2019 Concentrated Poverty Snapshot by the Annie E. Casey Foundation was released on September 24, 2019. Using the latest data from the U.S. Census Bureau, the snapshot examines trends in concentrated poverty across the country. Since 2007, Virginia has seen no change in its concentrated poverty rate, despite economic growth. More than 5% of Virginia’s children continue to live in these settings. The snapshot found that:

The 30th edition of the KIDS COUNT Data Book was released June 17, 2019 by the Annie E. Casey Foundation in partnership with Voices for Virginia’s Children. The most comprehensive annual report on child well-being in the United States notes measurable progress since the first Data Book, which was published in 1990. Nevertheless, more than 13 million U.S. children live in poverty. In Virginia, the percent of children living in poverty has remained the same over the past decade. Over 258,000 children (14%) lived below the Federal Poverty Level (family of four) in 2017, despite economic growth and significant improvements in other economic indicators. The Data Book contains information based on 16 indicators that rank each state across four domains — health, education, economic well-being, and family and community — as an assessment of child well-being. Virginia showed positive change in 10 of the 16 KIDS COUNT® index measures since 2010.

The 29th edition of the KIDS COUNT Data Book was released on June 27, 2018 by the Annie E. Casey Foundation in partnership with Voices for Virginia’s Children. This edition contained a KIDS COUNT child well-being index composed of 16 indicators evenly divided under four key domains: economic well-being, education, health, and family, and community.

The 2018 Opening Doors for Young Parents Report reminds policymakers and child advocates of the barriers that young families face. It examines national and state-level trends — highlighting areas of opportunity and concern — and then shares potential solutions that can help these families thrive.

The 2017 Race for Results Report: Building a Path to Opportunity for All Children produced by  the Annie E. Casey Foundation explores the intersection of children, opportunity, race, and immigration. The report features updated data for the Race for Results Index, which measures how children are progressing on key milestones by race and ethnicity at the national and state levels.

The 2014 Race for Results Report: Building a Path to Opportunity for All Children is an Annie E. Casey Foundation KIDS COUNT policy report that unveils the new Race for Results Index of 12 indicators, which compares how children are progressing on key milestones across racial and ethnic groups at the national and state level. The index is a measure of the primary ingredients children need to succeed. None of Virginia’s racial and ethnic groups of children meet all the key milestones, though some groups are faring better than others. 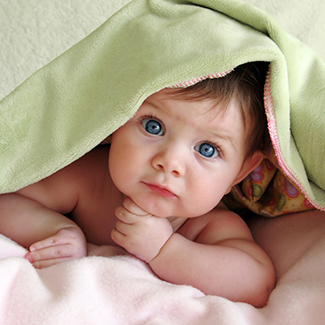 Virginia’s Youth in Action in the News