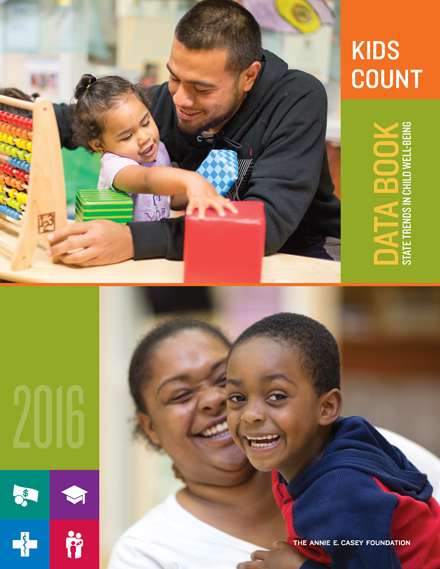 Despite overall improvement in state’s child well-being ranking, 16 percent of Virginia children are in danger of being left behind

Moderate growth in Virginia’s economy has not yet yielded results for many children in Virginia; 16 percent of Virginia children are growing up in poverty, according to the 2016 KIDS COUNT® Data Book from the Annie. E. Casey Foundation. Approximately 44,000 more children now live in poverty than in the midst of the Great Recession in 2008, and the numbers have not budged since last year’s count.

“The fact that nearly 300,000 children in our Commonwealth are growing up in poverty is a big red flag,” said Margaret Nimmo Holland, executive director of Voices for Virginia’s Children. “Many children growing up in poverty are living in environments of toxic stress – meaning their bodies produce chronic stress responses that can actually negatively rewire their developing brains.” Research has shown that experiencing toxic stress in early childhood often leads to lifelong physical and mental health problems, which can greatly influence their ability to succeed in school.

A positive trend in the education domain is high school graduation, with the percent of Virginia’s kids not graduating on time having decreased by more than a third since 2008. There is still a lot of room for improvement in education, however, as more than half of fourth graders score below proficient reading levels.

More good news is that Virginia has continued to improve on child health. Along with declining rates of teen drug and alcohol abuse, 25 percent more kids are covered by health insurance today than were in 2008. But there are still more than 100,000 children in Virginia without health insurance, so more outreach and enrollment efforts are necessary.

“Clearly, we are pleased to see positive trends on some indicators of child well-being in Virginia, but we cannot expect these gains to continue if we do not address the needs of Virginia’s children in poverty. We cannot afford to leave 16 percent of our children behind,” said Holland.

Voices for Virginia’s Children advocates for a number of policies that improve the lives of children and families in poverty, including the two-generation approach of home visiting, high quality investments in early care and education, improving outcomes for children in the child welfare system and the availability of comprehensive health and mental health services for all children.

The 2016 Data Book will be available June 21 at 12:01 a.m. EDT at www.aecf.org. Additional information is available at http://databook.kidscount.org, which also contains the most recent national, state and local data on hundreds of indicators of child well-being. The Data Center allows users to create rankings, maps and graphs for use in publications and on websites, and to view real-time information on mobile devices.

Voices for Virginia’s Children is a statewide, independent, nonpartisan policy research and advocacy organization that champions public policies to improve the lives of Virginia’s children. Voices is home to the Virginia KIDS COUNT Data Center.

The Annie E. Casey Foundation creates a brighter future for the nation’s children by developing solutions to strengthen families, build paths to economic opportunity and transform struggling communities into safer and healthier places to live, work and grow. For more information, visit www.aecf.org. KIDS COUNT® is a registered trademark of the Annie E. Casey Foundation.