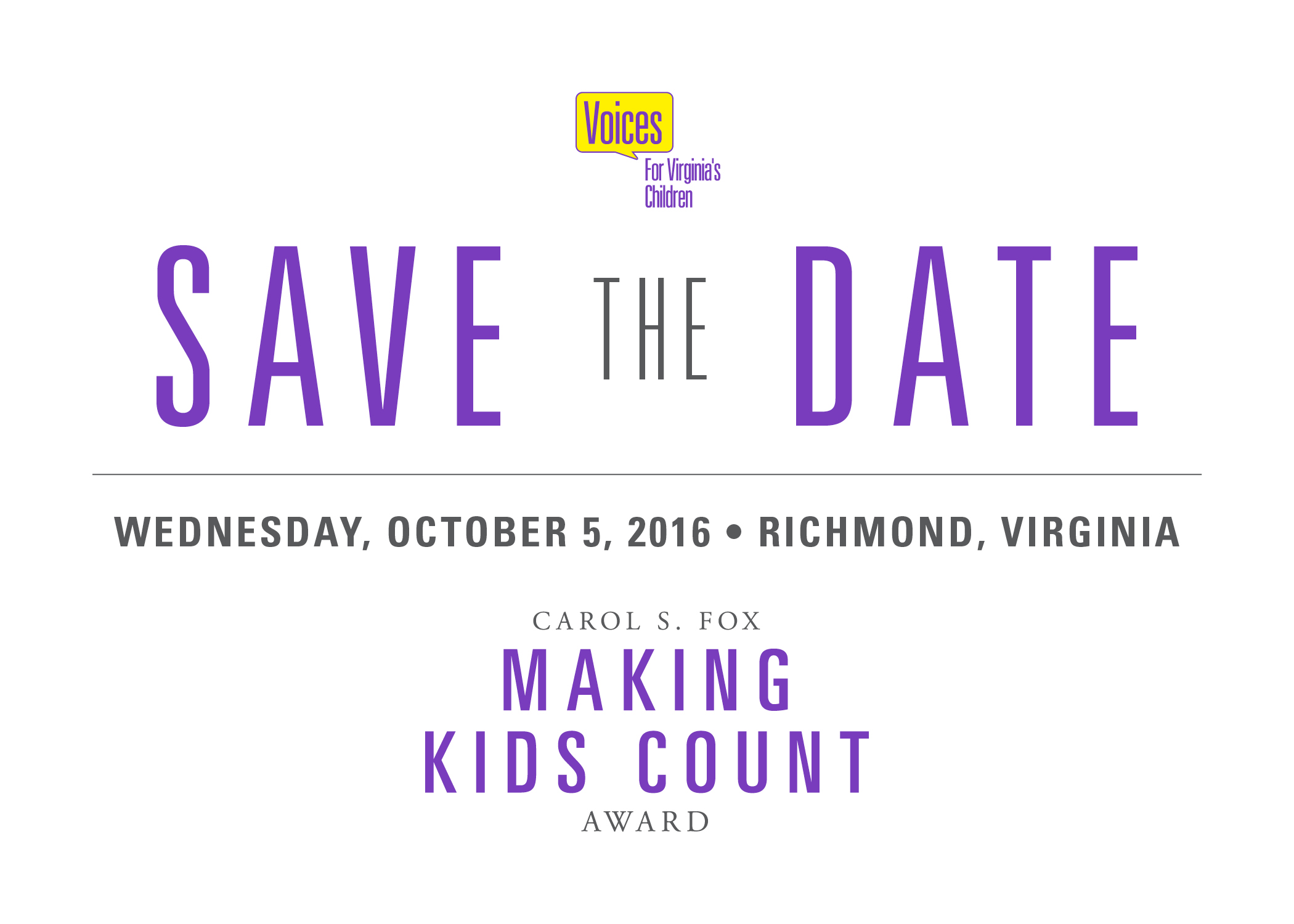 Voices for Virginia’s Children established the Carol S. Fox Making Kids Count Award in 2012, to be presented annually at our Awards Reception to an individual and an organization in recognition of exceptional efforts to better the lives of Virginia’s children. The award is named after Carol, a founder and long-time board member at Voices. Read more about Carol’s contributions here.

Award Criteria:
An individual and/or an organization that has made exceptional contributions to improving the lives of children in Virginia can be nominated. These contributions may have been in public policy advocacy, public awareness and education, program development, service delivery, leadership of child-serving initiatives or organizations, civic or community service, or other endeavors. The efforts should embody many of the following criteria:

The selection committee will also consider individuals or organizations that have made a significant impact for children over a shorter period of time, as it will reserve the option to present additional awards to “rising stars” in the individual and organizational categories.

This year, we have added the Theodore R. Groves Memorial Award! This award recognizes a Virginia individual or organization for exemplary efforts to improve the lives of children in the Commonwealth by promoting racial and ethnic equity for Virginia’s children. The award is named in honor of our Kid Count Director, the late Ted Groves. Read more about Ted Groves here.

Award Criteria:
An individual or an organization that has made exceptional contributions to highlighting and addressing racial and ethnic inequities for children and families in an effort to improve the well-being of children of color in Virginia can be nominated. The nominee’s contributions may have been in public policy advocacy, public awareness and education, research, program development, public education, or other endeavors. These contributions should have had or have the potential to have a significant impact on improving the lives of Virginia’s children of color.

Submit via email (no surface mail) this Nomination Form (Please save with your responses included) and a nomination statement–maximum length two pages double-spaced–of the achievements that merit recognition. The statement should explicitly address the award criteria above and provide examples showing how the nominee meets most or all of these criteria. Attach no more than three letters of support from others endorsing the nomination. Please do not attach any additional materials.

Selection Process:
A committee appointed by Voices will evaluate nominations and select the award winners. Committee deliberations are confidential and its decision is final. The awards will be presented at a reception in Richmond on October 5, 2016.