Continue to Improve the Safety of Child Care- Update 2.17.17 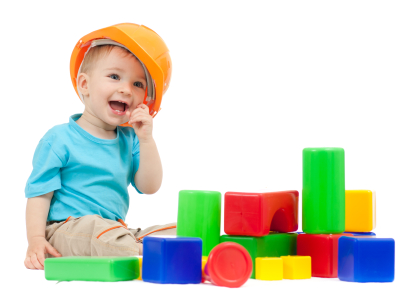 All children deserve safe child care. As we have done for the last two years, Voices will continue to support initiatives to improve the safety of child care. Many parents do not realize that their child care provider might not have meet minimal safety precautions, such as CPR training or fingerprint background checks, in order to do business in Virginia. Some programs can choose to be exempt from state licensure and not have to meet these minimal safety standards. Minimal safety standards are expected in most areas where children are involved. Volunteers in schools, scout leaders, and others all have fingerprint checks before they can work with kids. But personnel in license exempt programs do not have a fingerprint check. Many restaurants would train their staff in choking and CPR, but these license exempt programs are not required to have any staff trained in CPR. And because they are in the business of providing care and education, many parents expect that they have met these requirements or are monitored.

Unfortunately there have been too many stories of children who die or who are injured in unsafe child care. There are some simple things Virginia can do to ensure that more children are safe. Two sets of bills were introduced in the legislature that will help make child care safer.

Fingerprint Background Checks [HB1568 (Orrock) & SB 897 (Wexton)]- This bill would require the staff of all child care providers have a fingerprint background check, including religious-exempt programs, voluntarily registered and others. The new system for checks would need to be up and running by the end of September 2017. The Senate has passed a version of this bill for the last two years, the House has not passed the bill out of committee, but this year the House, Welfare and Institutions Chairman is carrying the bill to give it a better chance.

UPDATE 2.15.17- Both bills have been approved by the opposite body of the legislature and are headed to the Governor’s desk.

Update Exemptions from Licensure [SB 1239 (Hanger)]- Last year Sen Hanger and Del Eileen Filler-Corn carried legislation to review the types of child care that fell under the 14 exemptions from licensure and to make recommendations for meeting minimal safety standards in those programs. This group recommended changing the definition so that some types of care (Sunday school, etc.) were not defined as child care. Other categories, religious-exempt, local run Parks and Recs and “Come and Go” programs (Boys & Girls Clubs and other afterschool programs, like karate schools) would need to meet minimal safety standards and post signage that they are not licensed. The Department of Social Services would be asked to develop recommendations to monitor these programs.

UPDATE 2.15.17- Senator Hanger’s SB 1239 was reported unanimously from the Rehab and Social Services Committee on Friday (1/27). There was uniform support from the various groups represented and moving testimony from a mother whose infant had died in a religious exempt facility in VA Beach that did not have safe sleep practices. It was reported by the Senate Finance committee and is on the second reading in the Senate.

The bill was heard in the House Health, Welfare and Institutions Committee on Monday night where Del. Orrock offered an amendment to include local Parks & Recs and school-run programs as “not child care”. There was a larger discussion about religious-exempt child care and amendments were discussed, but not adopted. On 12/15 the House Appropriations made an amendment giving them an “insurance policy” for any funds that may need to be spent as the bill does not have a fiscal impact in FY18. The Appropriations Committee reported the bill where it will head to the full House. The Senate can decide to accept or reject the House amendments. If rejected it would send it to a Conference Committee made up of 3 delegates and 3 senators.