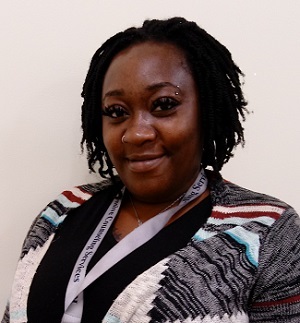 Latasha Wiggins was standing in a parking lot alternately crying and talking into her phone to a woman in an office of one of Latasha’s elected representatives.

It was two weeks before Christmas, and Latasha had just received a letter from the Virginia Department of Medical Assistance Services stating that because Congress had not re-funded the Children’s Health Insurance Program (CHIP), she might lose health care coverage for her two sons, TreQuan, age 14, and JaNoah, 17 months.

CHIP, known as FAMIS in Virginia, is a federal-state partnership that provides health care coverage for children and pregnant women from low- to moderate-income, working families that earn too much to qualify for Medicaid, but too little to afford health insurance in the private market. Nationwide, that’s 9 million children (69,000 in Virginia) and 375,000 pregnant women (more than 1,150 in Virginia).

But for Latasha, Congress’ failure to re-fund CHIP was more than just abstract statistics—it was a looming disaster with all-too-real consequences for her family.

“I told her [the woman on the phone] that I just got paid yesterday, and I only have $12 in my bank account,” Latasha said. “What can I do?”

That’s when the woman suggested Latasha call Voices for Virginia’s Children. Voices, which was actively advocating for the re-funding of CHIP, helps grassroots advocates like Latasha amplify their voices.

“[Voices policy analyst] Ashley Everette listened to my voice and asked if she could connect me to the media,” Latasha said. Latasha agreed and ultimately was featured in stories that ran on ABC 8 News and in the Richmond Times-Dispatch and Richmond Family Magazine.

“[Voices policy analyst] Ashley Everette listened to my voice and asked if she could connect me to the media … It was very empowering.”

She shared a powerful story that resonated with citizens and lawmakers alike.

“My oldest son has mental health issues and has a $75 co-pay to see his doctor every month,” Latasha said. “His medications cost $396 per month. My toddler suffers from ear infections.”

Latasha, who has a master’s degree in human services and works as a mental health counselor in the Richmond area, said it would cost her almost $400 a month to add her boys to her employer’s health insurance policy.

“I already pay more in child care than I pay in rent,” Latasha said. If she had the additional monthly expense of paying for her sons’ health insurance, she said, “I would have had to move in with my mom, who lives in Williamsburg.”

Such a move would have forced Latasha to find a new job and TreQuan to leave his Henrico County school, where he is a straight-A student taking advanced classes.

Fortunately, it didn’t come to that. Latasha and Voices celebrated an advocacy win when Congress finally voted on Jan. 22 to re-fund CHIP for another six years. On Feb. 9, Congress authorized an additional four years of funding, ensuring CHIP’s continuance for a decade.

“If it weren’t for Ashley, I don’t know what I would have done,” Latasha said about working with Voices to advocate for the re-funding of CHIP. “I’m very appreciative.”

After her Channel 8 interview aired, Latasha said she was shopping in Walmart when a woman approached her and said: “You were on the news! Keep speaking! Keep speaking!”

And that’s what she did.

“It was very empowering,” Latasha said. “I told TreQuan, ‘Mama’s starting a movement!’”