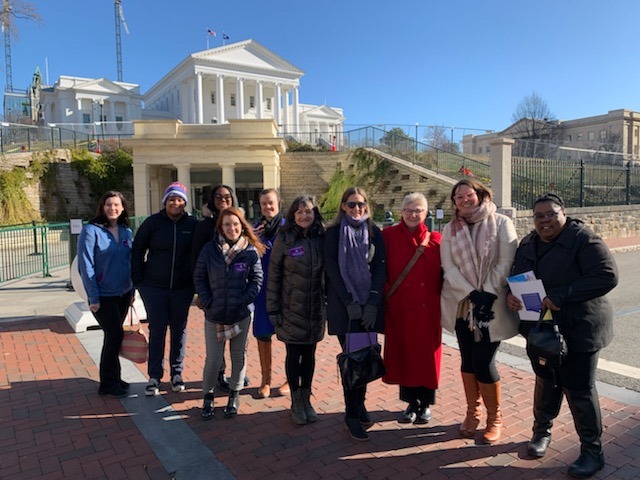 The 2020 GA Session has made progress towards making Virginia a more trauma-informed state. Thanks to all of  our partners who helped create and advocate for the Campaign’s Unified Policy Agenda. Now that we have reached the halfway point of session where bills have crossed over and the House and Senate have each released their versions of the budget, we are pleased with where our priorities stand. However there is more work to do to get these items across the finish line.

It is really hard to get elected officials to pay attention to “prevention” because they so often need to deliver immediate results. Our efforts to address community-level prevention fell short of where we wanted, but still put us on a path towards progress.

Five-year child abuse prevention plan: The House included language directing the Commissioner of Social Services to develop a comprehensive and collaborative plan to prevent exposure to trauma and abuse and neglect.

Both the House and Senate reduced the Governor’s proposed funding for prevention services through local DSS to around $40 million in general funds across the two years of the budget from a proposed $66 million.

Improve maternal health policies: Both the House and the Senate included the Governor’s proposals to extend health insurance to low-income mothers and some residents born outside the US. They also included language to study a Medicaid benefit for care by doulas and midwives but have slightly different timelines for next steps.

Promote economic stability: As a significant improvement over the introduced budget increasing TANF payments by 5 percent, both the House and the Senate increased TANF payments, The Senate proposal is slightly stronger increasing cash assistance and eligibility levels by 20 percent. This would allow more families to be eligible for cash assistance and would increase monthly payment amounts by approximately $75 per month for two beneficiaries.

Create statewide EC mental health consultation: The House passed HJ51 unanimously to study scaling up an early childhood consultation model across the state. The bill will now move on to the Senate Rules committee for discussion.

Virginia Mental Health Access Program (VMAP): Both the House and Senate included the Governor’s proposal ($4.2 million) to bring the collaboration between primary health care and mental health to scale statewide.