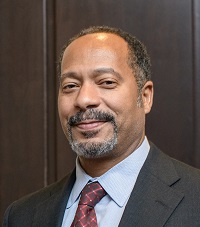 Pediatrician and Voices for Virginia’s Children board member Richard Bennett understood better than most what was at stake in the fight to re-fund the Children’s Health Insurance Program (CHIP).

“Voices tackled a giant and won,” Richard said when describing the advocacy battle that raged after Congress failed to meet the September 30, 2017, deadline to re-fund CHIP, a popular, bipartisan program that provides health care to children from low-income families. “Voices and its partners worked with members of the U.S. Congress on CHIP advocacy. We raised awareness, and we won!”

“Voices and its partners worked with members of the U.S. Congress on CHIP advocacy. We raised awareness, and we won!”

Richard had special cause to celebrate when Congress finally voted to re-fund CHIP on Jan. 22, 2018, given that his pediatric practice is based at Richmond Community Hospital, within walking distance of three Richmond, Va., housing projects.

“Thirty percent of my patient population would have been affected,” Richard said about the possibility of Congress not re-funding CHIP. “I would have had pregnant mothers who didn’t have health care. I would have seen babies who didn’t get vaccinations. The cornerstone to medicine is prevention. We would have seen some epidemics in low-income communities.”

Richard’s service on the Voices board stems from his interest in Voices’ health care advocacy and his friendship with Voices executive director Margaret Nimmo Holland, a former classmate at Collegiate, a Richmond-area prep school.

“My mom is a pediatrician and my hero,” Richard explained. “She takes care of her patients’ mind, body, and soul. Like my mom, I went into medicine to heal the person, not just the body.”

“I went into medicine to heal the person, not just the body.”

He recalled a teenage patient who was making poor grades, racking up school suspensions, and threatening to drop out of school. After diagnosing the boy with ADHD, Richard prescribed him ADHD medicine and talked to him about the importance of getting an education. The boy’s grades and behavior improved, and two years later he graduated from high school.

“I was so proud of him,” Richard said. “He just wanted an adult who cared. You can try to take care of a person’s body, but you have to care about why they are hurting physically and emotionally if you want to get to the bottom of it.

“Similarly, Voices’ advocacy works because the people at Voices really care. Voices is like bread—it’s a staple in the daily grind to make sure things run well for those who can’t speak up for themselves.”

“Voices is like bread—it’s a staple in the daily grind to make sure things run well for those who can’t speak up for themselves.”

In addition to its health care advocacy, Voices’ efforts to promote trauma-informed policy and practice resonate with Richard.

“Trauma is just now making the news, but it’s been around a long time in the inner city,” Richard said. “Trauma is exponential—it just keeps compounding and affects long-term health.”

Richard said he learned to appreciate trauma-informed health practices listening to his mother interact with her pediatric patients when, as an eighth grader, he started filing charts in her office. Now he uses those trauma-informed practices with his patients.

“I chose to become a pediatrician because I can make a difference,” Richard said. “I can be a positive influence in a young child’s life. They can’t touch LeBron James, but they can touch me.”