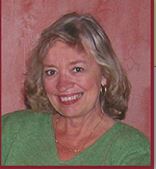 “Everyone has a role to play”— and from an early age, Roberta Newman has known HER role. During a recent interview, Newman said she became a child advocate at the early age of 12 when her five year old brother contracted polio. “I became his big sister champion. It solidified my experience.” She has worked with children, teens, and families in a variety of roles over the past thirty-five years.  She has been a teacher, an administrator of arts and music programs, a preschool director, and a high school administrator.  As the Director of the Fairfax County School-Age Child Care Program, she guided the growth and development of over 60 before-and-after school programs.  But Newman’s work is far from over!

After visiting the Eastern Shore for a work event 25 years ago, she decided it was the place for her to “retire”, while continuing  to raise awareness about children. Newman said she loved the friendly, community feeling.  “I just had a feeling that you could get things done here. There were so many opportunities!”

Newman has been instrumental in working with Smart Beginnings and its chair, Dr. Linda Schulz, and setting up an early childhood coalition, something that many say was desperately needed. According to demographer Dr. Bill O’ Hare, thousands of children in that area live in poverty.

“If you rank the counties in Virginia, based on well-being, kids on the Eastern Shore are in the bottom ten, so there’s a lot of poverty, a lot of minority kids who are struggling mightily. The school systems are not that good. So it’s all the more important to have someone speak up for children and Roberta is probably the prime voice in the area for several years,” said O’Hare.

Newman says that the idea for the Kids Count Forum was to collaborate, so one hand knows what the other hand is doing. When advocates gathered they discovered, “we had no idea all this was happening on the Eastern Shore!”

“There are programs that have a good track record of getting kids launched and ready for school and she has been a champion for those activities,” said O’Hare.

“I feel it’s important to keep the Shore in touch with out-of-school advocacy efforts and quality improvement initiatives on the state level, as well as promoting quality after school programs in our local communities. I am proud of  the things we have done here.”