Why does your support matter? 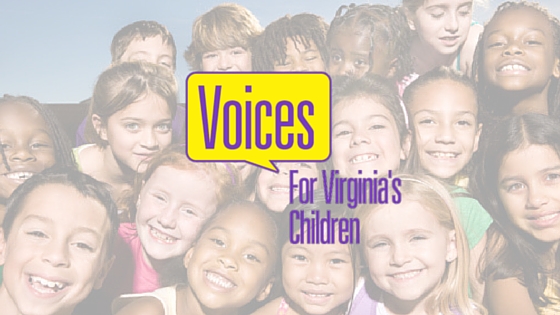 Why does your financial support of Voices for Virginia’s Children matter?

Consider the real-life example of Sally. Sally lives in rural Carroll County, Virginia. When she was 14 years-old, she developed serious anxiety around food that prevented her from eating. Alarmed, her parents contacted the local mental health agency.

Mt. Rogers Community Services Board immediately began a crisis response. In one week, Sally was seen by a child psychiatrist, received fast-acting medication for her anxiety, and got 30 hours of intensive therapy. Mt. Rogers therapists also taught Sally’s parents how to help and support her at home.

By the end of one week, Sally’s symptoms had subsided enough that she was eating and able to step down to less intensive, ongoing treatment – all without the trauma and expense of inpatient hospitalization.

Voices needs your support to continue to fight for kids like Sally. It is only through the generous gifts of donors like you that we can champion public policies that dramatically improve the lives of Virginia’s children.

Sally’s story is not uncommon. Thousands of children were helped by crisis mental health services last year that didn’t exist five years ago. Before 2010, most children were put on waiting lists for weeks or months – or hospitalized at a taxpayer cost of $880 a day only when an emergency occurred.

Fortunately, more Virginia kids with mental health challenges have access to rapid treatment than ever before. This year, the General Assembly allocated more than $6.5 million a year to provide crisis response services and child psychiatry around the Commonwealth because Voices for Virginia’s Children and its partners in the Campaign for Children’s Mental Health spoke up.

Now more than ever, Voices is called to lead the way in children’s mental health, foster care, poverty, and early childhood education. We can’t do it alone. That’s where you can help. Please join us in making Virginia a better place for children. Make your voice heard. Make a donation today to speak up for kids!