Will Virginia close the coverage gap? 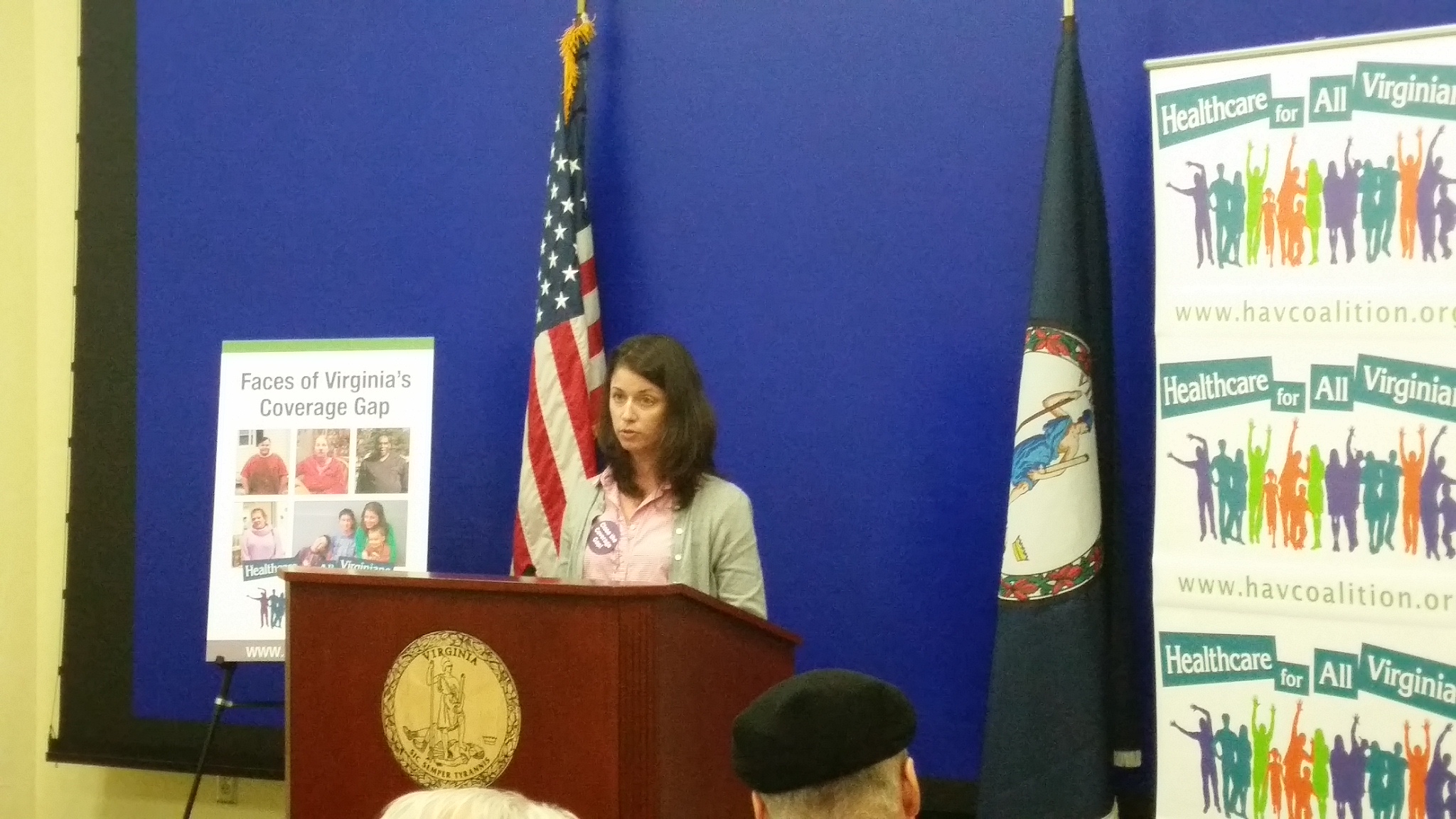 Low-income, working parents in Virginia such as Melyssa Dove of Culpeper are going without needed health care and racking up debt from medical emergencies because they cannot qualify for health insurance.

Melyssa, a widow and mother of three young boys, works part-time and has just finished nursing school. She lost her health insurance coverage when her husband died suddenly. Despite her history of thyroid cancer and emergency surgery last summer, she is without health insurance.

When parents are in the coverage gap, it leaves children vulnerable: parents’ untreated health conditions can render them less able to care for their children, and medical emergencies or buying needed medications can result in families not being able to meet their kids’ basic needs financially.

Melyssa shared her story at a press conference held by the HAV (Healthcare for All Virginians) Coalition, of which Voices is a member, last Wednesday, January 27th. You can read more about her story and that of other adults in the coverage gap in this new Story Book: Faces of Virginia’s Coverage Gap.

Gov. Terry McAuliffe has included Medicaid expansion as part of his two-year budget. It would allow Virginia to draw down the federal dollars to cover the cost of health insurance for Melyssa and others. Unfortunately, legislative leaders are promising to strip it out of the budget. This will continue to leave more than 400,000 adults in the Commonwealth without options for health insurance—and 29% of those adults are parents with dependent children.

To read coverage of the HAV Coalition press conference, click here: